Kill a Superbuck: The Swamp Hermit 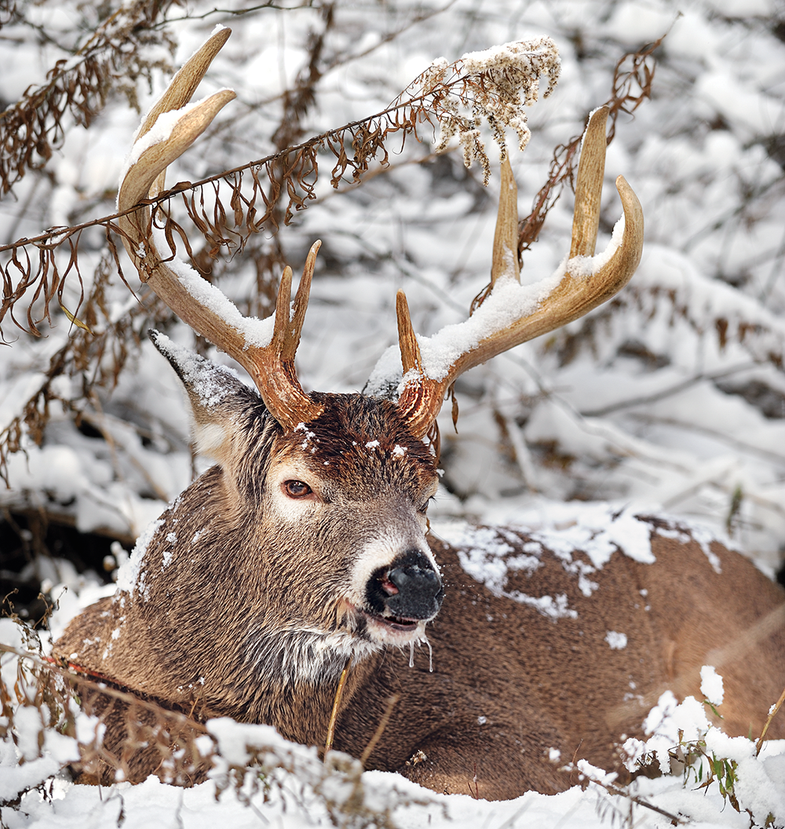 ■ “We called him the Ivory Buck because unlike our usual ­chocolate-​racked whitetails, his antlers were bone-white and huge,” Clifford says. The deer lived in a small patch of woods by a large field. Not wanting to penetrate the timber with a treestand, Clifford put rifle hunters in a shooting house overlooking the cropfield. Over the course of four seasons, several clients saw the Ivory Buck from that house. “But he just would not stick his nose into that field for a good shot, even during the rut. We never once saw him chase a doe.”

In Jan. 2012, Clifford was done guiding, but the season was still open and he had a bow tag. “My head guide spotted the Ivory Buck in daylight, hitting a little food plot off the timber. We figured the cold weather was motivating him to feed. But I knew I’d have to do something different to kill him with a bow.”

Clifford decided to move tight to the timber to catch the buck en route to the food plot, and he laid out a long, circuitous approach to avoid getting busted on the way in. For two days straight, he and a cam­era­man sat in cold and snow and never saw a deer.

Though his cam­era­man was less than enthused, Clifford decided to give it one more shot, and just after noon on the next day, he saw a huge-bodied deer approaching. “I knew instantly that it was the Ivory Buck.” The deer walked to within 75 yards, then bedded down in a patch of grass for 45 minutes. “I had to stand there, motionless, the entire time. Finally the buck got up, walked to within 15 yards, and spotted us in the tree. I was at full draw when he stomped his foot, turned to leave, and gave me a perfect bow shot.”

The buck’s rack had 8-inch bases and was totally unbroken. He dressed at 265 pounds, with rolls of fat. “I doubt he did any fighting. He was just a buck that didn’t participate in the rut.”

■ A good hunter’s first inclination is not to crowd a wary buck. But given how small a superbuck’s core area can be and how little he tends to move, you may have no choice but to slip in close. The key is to do what­­ever you must to avoid spooking him. “I walked over half a mile in the dark, through wet, swampy muck to approach him, but it was the only way to keep from being scented or seen,” says Clifford. And he was prepared to go out the same way. Luckily, he didn’t have to.