The Blood Trail: An Eight-Hour Tracking Job and One Impossible Shot

Photograph by Yasu + Junko. The rifle seemed solid in the shooting sticks, crosshairs steady. The shot felt good, one... 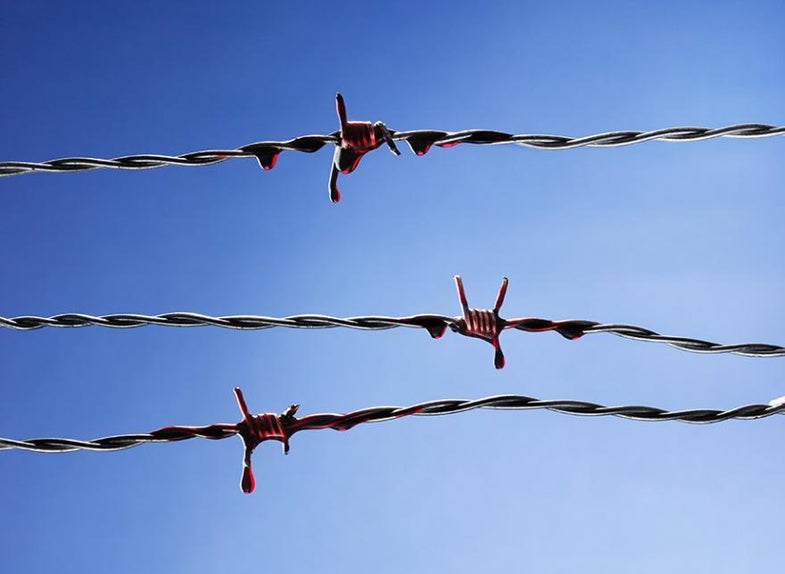 The rifle seemed solid in the shooting sticks, crosshairs steady. The shot felt good, one where you almost expect to see the buck flop. Instead, he bolted, clearing a four-strand fence before disappearing into a windbreak that lined the CRP field.

Andre, my guide, saw a hitch in his gait, and we agreed: The buck was hit, but not well.

Soaking into the rusty barbwire was only a speck of blood. Across the fence, where he landed, was a bit more, lightly splattered in the dead grass. Every hunter who’s ever shot an animal knows there’s good blood and bad blood. This was bad blood—the spotty, bright-red droplets of a flesh wound, each one nagging that you alone are responsible.

During the next few hours, between specks, occasional vivid splashes on the monochrome landscape would make me think, Maybe he’s lying just up ahead. At one point the buck had stood in an island of big bluestem, no doubt watching us work out the details of his trail before limping away. The blood that had pooled in his tracks gave me some hope.

But then the trail lined out, crossing a huge pasture—and all but disappearing. I hate to admit it, but without so much as a glimpse of the buck, we talked about giving up then, rationalizing that maybe the wound wasn’t as bad as we thought. Instead we broke for lunch.

It was a full eight hours after the shot when we picked up the trail again. The pin-size drops led to an abandoned corral packed shoulder-high with tumbleweeds. In the thick cover I had to stoop to work out the blood trail, which had begun to wander back on itself, like that of an animal getting ready to bed down.

“There!” Andre shouted, as I heard a rustling in front of me. Fifty yards ahead, antler tips plowed through the brush. In the tunnel vision of the scope all I could see of the buck was a spot of hair where his head and neck met. At the crack of the rifle, the buck crashed.

And just like that it was over—the deer’s suffering, the eight-hour tracking job, my own personal torture. After missing a shot that I should have made, I followed up with one I probably couldn’t make again. It didn’t make everything right. I didn’t feel good. But I’ve never felt so relieved.