★ I like real books. They have no batteries to burn out, and in a pinch you can use them... 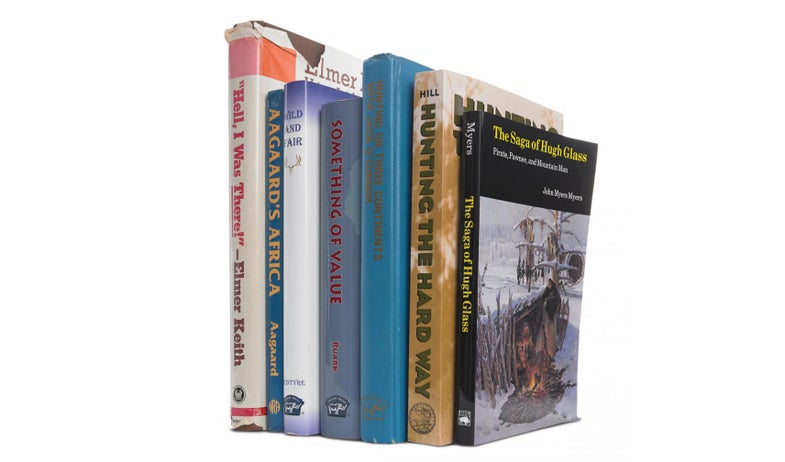 ★ I like real books. They have no batteries to burn out, and in a pinch you can use them to start a fire.

➞ “Hell, I Was There!” by Elmer Keith Ol’ Elmer was a cowboy, guide, camp cook, competitive shooter, and one of our most popular gun writers, ever. This is his life—mostly hard times and adventures.

➞ Aagaard’s Africa: A Hunter Remembers**, by Finn Aagaard** Aagaard was a P.H. in Kenya at the tail end of the African safari’s golden years. He was a raconteur and a charming guy.

➞ Wild and Fair: Tales of Hunting Big Game in North America, edited by Thomas McIntyre All manner of species, places, and an astonishing variety of writers. I’m in it, so it must be pretty good.

➞ Something of Value, by Robert Ruark One of the great African adventure books, even if it is fiction.

➞ Hunting on Three Continents with Jack O’Connor O’Connor once introduced himself by saying, “My name is Jack O’Connor, and I write a hunting story better than anyone else in the world.” I’m not one to argue.

➞__ Hunting the Hard Way, by Howard Hill Hill was, roughly, Superman armed with a longbow. He roamed from Alaska to Africa, and did it all half a century before anyone else.

➞ The Saga of Hugh Glass: Pirate, Pawnee, and Mountain Man, by John M. Myers Glass was mauled by a grizzly and deserted by the two trappers who were to stay with him until the end. How he survived is a great American epic of endurance.