Secrets of the Shed

How cast antlers can lead you to this fall's buck. 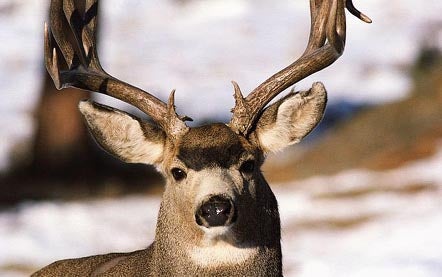 When Brian Damery found a pair of shed antlers that he estimated would score over 200 B&C; points, he focused exclusively on the deer that had dropped them, all through the 1993 Illinois bow and then gun season. He finally killed the buck-which became the No. 10 typical whitetail in the world-with his Remington 870 after a two-hour belly stalk. But just wandering around the woods and picking up an occasional antler won’t lead you to a record buck, or even a filled tag. You need to shed hunt with a plan to get results.

The Plan
Grab your daypack and load it with a notebook, pen, compass, topo map, and tape measure. Go to where you’ve seen bucks in the past. Good starting points include heavy cover near food plots or fields, swamps, conifer stands, brushy hollows, saddles in ridges, benches, and creekbottoms. Search in a methodical grid pattern, looking carefully in all directions and using binoculars to focus on distant objects. Look especially close around fence crossings because antlers may jar loose when a deer jumps over or sneaks underneath.

When you find an antler, write down its circumference, beam length, and the number of points. Mark the location on your topo map. If you find the shed of a large buck, in all likelihood you’ve found his core home range. The thickest, roughest, remotest areas are the ones that mature bucks will claim, and the only time the buck will not be around is during the rut, when males travel to find and breed does. Puzzle Pieces
Your next step is to determine why the buck was there. Examine the surrounding vegetation and terrain and study the map or an aerial photo. If you’re in a thick, rough stretch of land away from roads, you might have found his primary bedding area. Look on the map for ridges, saddles, and funnels to see if you’re on a major travel corridor. Also check for nearby fields, cutovers, swamps, and creekbottoms to see if you can determine where the deer came from and where he was going.

Figuring out these destinations is easier if the antler was on an obvious trail. Backtrack, then follow it forward, and see where you end up. Look for thick areas that make obvious bedding cover, and fields, clear-cuts, mast-producing trees, and other food sources.

Sign in the Book
If you didn’t find the shed along a distinct corridor or in a bedding area, use the spot where you discovered it as a central point and explore in every direction. Working in ever larger circles or by parallel grid lines around the site, trace the buck’s movement back to his core bedding area. Old rubs, tracks, and droppings are often easier to spot at this time of year when the woods are bare of leaves. Record everything that you find both on the map and in your notebook.

If you search hard enough, there’s an excellent chance you’ll find sheds. But even if you don’t, you won’t come back home empty-handed. A month or two before the season opens, just take out your notebook and map and start studying. The answer to where to hang your stand will be somewhere in those pages.