Some of the hottest hunting out West is now in the foothills and ranchlands. The game has changed, and so should you. 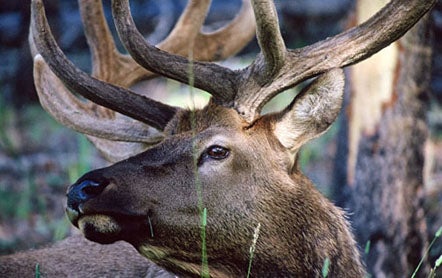 These days I do a lot of my elk hunting in open terrain far from the mountaintops that most hunters think of as elk country. Elk used to be animals of the prairies and foothills (just read the journals of Lewis and Clark for proof), and they’re rediscovering those preferences. It’s due to a variety of reasons, including improved game management strategies and the increased proximity of crops to security cover.

Hunters are also to blame for changes in elk country. Elk are intelligent, adaptable animals that are quick to learn from hunting pressure, which has increased over the last 20 years. Nothing illustrates this like the way elk respond-or rather don’t respond-to calling. It used to be common to find unpressured elk and have them come running to a bugle. Now most of that action takes place on exclusive hunting ranches.

I’ve learned that you have to adapt to these new circumstances to stay successful. Years ago, I spent the season climbing mountains and covering lots of ground, confident that if I hunted hard enough I’d find a cooperative bull and kill him. Of course, my legs were younger then, and my back was strong enough that I didn’t have to worry much about where I shot one. But now, for reasons that have more to do with educated elk than with any aversion to physical effort, I cover a lot less terrain, do a lot more thinking, and kill more elk than ever. Here are the 10 rules that I live by in order to hunt modern elk.

1. Decide if you’re trying to find elk or to kill one.
These aren’t the same thing, and you have to ask yourself this question every time you set out. If you have no idea whether there are elk in the area, you have no choice except to move at a pace that is too fast for hunting, just to find them. Conversely, if you know their whereabouts, you need to slow down and slow down some more. The days of charging through the mountains hoping to blunder into a na¿¿ve bull are over. But elk are large, noisy, odiferous animals that leave abundant sign like rubs, wallows, tracks, and droppings. Get out and scout so that you know the general location of the elk by the time you start hunting.

**2. Hunt elk like whitetails. **
When elk start acting like deer by visiting regular food sources, hunt them like deer. Nowadays, I do a lot more sitting and a lot less hiking. Getting close is always easier when animals are coming to you, and holding still reduces the chance of spooking the herd and making all that scouting effort unravel. Even simple blinds of materials collected on site can be effective when placed near wallows, springs, fence crossings, and natural funnels along transition routes between feeding and bedding areas.

3. Find the food.
In mountainous terrain, food sources tend to be widely dispersed. But at lower elevations adjacent to agricultural property, elk will zero in on specific fields and concentrate there at night in large numbers (to the consternation of farmers, who may actually welcome a bit of hunting pressure). Hay barley and alfalfa are particular favorites. Although fields may not offer the best hunting circumstances, they do offer a ready key to identifying transition zones. Even during daylight hours when the animals are long gone, their tracks, droppings, and hair on fences all provide a ready means of identifying which fields they are using. This should be a preseason project.

[NEXT “Stay out of bedding cover.”] **4. Stay out of bedding cover. **
This is called security cover for a reason, and once you’ve made the elk nervous by blundering into it, they may change their habits completely. Stay clear and hunt the transition zones between bedding areas and food sources instead. Modern elk raiding crops at lower elevations think nothing of covering 5 miles one way every night to feed. You have a good chance at finding an ambush point somewhere along their path. Altugh elk generally visit the food source only after shooting hours, you may be able to set up there early in the morning and catch the elk before they leave. Cover is often limited here, but if the elk spot you it shouldn’t have much effect on their movement patterns, since they’re accustomed to human presence near fields and crops.

5. Spook no elk.
Ask most elk hunters their goal at the beginning of the day and they’ll reply, “To kill a big bull.” Not me. My goal is not to screw up. I’ve found my best chance for success comes from having one distinct advantage over my quarry: I know a hunt is taking place and they don’t. Elk hunting becomes infinitely more difficult once the animals have had their chains pulled, so I’ll do anything to maintain that edge, even if that means passing up stalks when conditions aren’t ideal. This principle is especially relevant at lower elevations that include private ground, since a miscue may send the herd onto adjoining property where I can’t hunt them. The sound of barking cows and thundering hoofs is the last thing you want to hear.

6. Obey the wind.
Several times every season I end a good hunt before it starts just because the wind isn’t cooperating. Wind direction should be the prime consideration during every elk hunt. While elk have good eyes and ears, they have great noses, and more than any other North American game animal they rely on their sense of smell to keep them out of trouble. Never mind cover scents and special clothing. The only trick that can reliably keep elk from smelling you is keeping the breeze in your face.

7. Respect the lead cow. Elk live in a matriarchal society. During the rut, big herd bulls sometimes act brain-dead. The old cow at the head of the line, however, is another story. For practical purposes, lead cows never make mistakes. You may get away with bumping a spike, calf, or satellite bull, but spook the lead cow and you will spend the next several days looking for elk instead of hunting them. [NEXT “Stop Calling”] **8. Stop calling. **
Bugling-the term I’ll use to refer to bugling, cow talking, and everything in between-has become a controversial practice. Some knowledgeable elk hunters think that human calling interferes with the rut to such an extent that it should be banned. I don’t go that far, but I do think that bugling is one of the most overused of all hunting techniques. Back when, regulations ensured that the early bugle season took place under one of two circumstances: in remote wilderness areas far from crowds or during archery season, which had few participants at the time. Nowadays, except on very large private ranches, elk have heard it all, and they are becoming bugle-shy. No matter what the quarry, any call represents an exchange of information as useful to the defense as it is to the offense. I seldom call at all, even during the heart of the rut.

**9. If you must call, think first. **
Once in a while I do call with extreme discipline. The trick is this: Before you put that tube to your lips and let out a noise that might lure a wise old bull into range but could all too easily spook him instead, articulate to yourself what you hope to accomplish. Good reasons are to locate elk when you have absolutely no idea where they are, or to influence a specific bull that is acting ripe for a challenge. Bad reasons are that you’re bored, nothing else is happening, or that’s how they did it on the hunting video. When in doubt, stay silent.