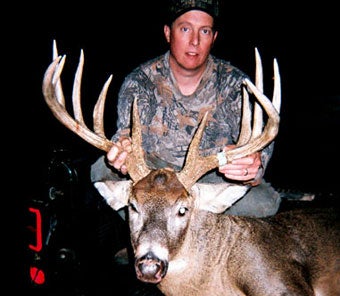 Not long ago, catching a 40-pound-plus fish in Alabama pretty much meant packing up and heading to the Gulf Coast for a saltwater fishing adventure aboard a charter boat. Not anymore. The stocking of saltwater striped bass in Smith Lake, an extremely deep and clear 21,200-acre reservoir located between Cullman and Jasper, has given anglers a new opportunity to catch the big one. Alabama’s Department of Wildlife and Freshwater Fisheries first stocked the Gulf Coast strain of striped bass as three-inch fingerlings into Smith Lake in 1983. Each year has seen an additional stocking of two to four fish per acre. The results have been dramatic, to say the least. In 1998, Sandra Stewart of Bugtussle, Ala., landed the lake record of 45 pounds, capping an onslaught of 40-pound-plus fish caught that year. Guide Dale Welch, who was guiding Stewart and has had four other lake record-holders in his boat in the past few years, believes 50-pound stripers now swim the lake. Contact: Alabama Department of Wildlife and Freshwater Fisheries (334-242-3471).