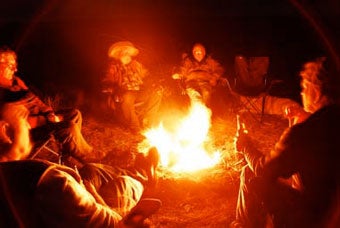 There’s no question that the B Zones, in northwestern California, are the place to go for quality mule deer in the Golden State. The hot spot is the area where Humboldt, Trinity and Siskiyou counties all merge-specifically Zone B-2, which is mostly in Trinity County. The biggest combined block of public land is the Klamath and Trinity national forests. The B Zones have a quota but are often under-subscribed and tags can be purchased over the counter. If you’re looking for trophy blacktails, focus on the A Zone. Sonoma and Santa Clara counties are the top producers within this area. The X Zones, where Rocky Mountain mule deer reside, are seeing stable buck-to-doe ratios and average fawn survival. The most productive zones are X3a in Lassen and Modoc counties, X7b in Sierra and Nevada counties and X12 in Mono County. According to deer program coordinator Sonke Mastrup, the snow pack in the Sierra Nevada has been below normal in the last two years and deer herds have come through the winter in good shape. The lack of winter precipitation is a double-edged sword, however, and the dry conditions, particularly in areas where deer herds are nonmigratory, have hurt fawn production and survival. Mastrup is predicting a deer harvest in 2001 just a bit lower than last year’s take of 22,500.