Late Season Turkey Tip: Tag The Tom That’s All Show and No Fight

YOUR QUARRY: Hen Magnet ** Psychological Profile:** Mature and full-fanned, this bird has a beard that brushes the ground and... 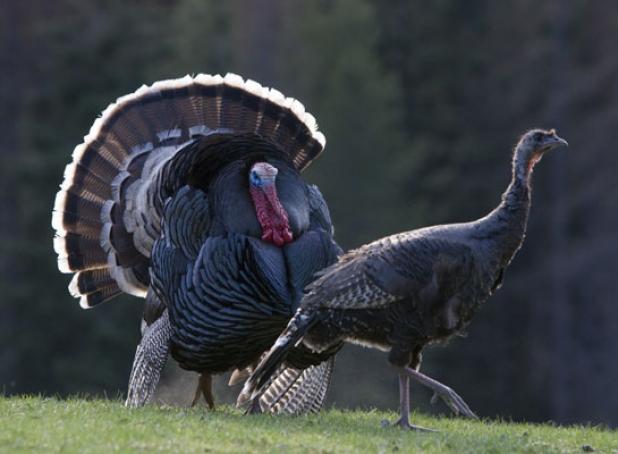 YOUR QUARRY: Hen Magnet
**
Psychological Profile:** Mature and full-fanned, this bird has a beard that brushes the ground and long, needle-​sharp spurs. But it’s all for show. He’s a lover, not a fighter. Hen Magnet is physically capable of being the top tom, but he just doesn’t have it in him to do battle. That, or he has figured out that he simply doesn’t have to. By ingratiating himself to King Strut–a sort of sidekick, if you will–Hen Magnet has put himself in the perfect position to service hens his boss doesn’t get to. If you’re an elk hunter, you’ll recognize him as a “satellite” gobbler.

Modus Operandi: Not wanting to ruffle the King’s feathers, Hen Magnet does not sound off nearly as much as his boss, and when he does he makes a short, high-pitched gobble. His game plan is to hang back while the King’s throaty gobble pulls in hens. Only then does he look for his opportunity to sneak off with a mate.

The Plan: The secret to tagging Hen Magnet is to play to his ego. He’ll be roosted fairly close to the boss bird. Listen closely in the early morning and you’ll notice that when the dominant tom gobbles, all the hens answer him. When Hen Magnet gobbles, nothing. This is your opportunity. You need to jump in and make him believe you’re the one hen who thinks he is the real stud of the neighborhood.
**
The Setup**: Wait for the birds to start talking at first light and ignore the one that’s gobbling the hardest. That’s the King. Hen Magnet will be squeaking out one gobble to the boss man’s five. Set up tight to the quieter turkey so he doesn’t have far to travel to find you, and stake out a single hen decoy to pique his interest.
**
Best Calls:** Don’t make a peep in response to the boss’s frequent gobbling. Wait for Hen Magnet to sound off, then climb all over it with aggressive yelps and cutts. When he makes that first gobble after his feet hit the ground, cut him off with more excited cutting. He’ll walk straight to you.