They arrived from heaven and found themselves in hell. Fifty years later, their spirits still linger. 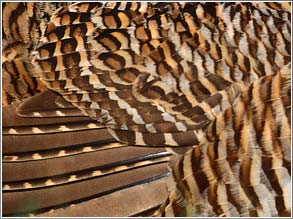 Blue grouse have a good head for real estate and not much else.** Less cunning than city pigeons, less aerobatic than mis-hit volleyballs, blue grouse are more apt to fall to elk hunters’ arrows than to bird hunters’ guns. But blue grouse know where to live-in the penthouses of the West-so any excuse is good enough to shoulder a shotgun and climb to blue grouse country. My excuse was Mann Gulch.

Mann Gulch is a drainage of topographical insignificance, 20-odd miles north of Helena, Montana, in a region named The Gates of the Mountains by Lewis and Clark. The ridges bracketing Mann Gulch stand at 5,000 feet; the drainage bottoms out 1,000 feet below and runs in a dogleg for 21Â¿Â¿2 miles to the Missouri River. Both slopes are steep, rocky, and undistinguished-except for a scattering of charred, dead trees.

They are the remnants of Mann Gulch’s most infamous hour. On August 5, 1949, lightning struck a tree on the south ridge, which soon ignited grass and brush. Fifteen smoke jumpers parachuted in to hook up with a lone forest ranger. Before these young men could break out their tools, strong winds channeled by the Missouri fanned the fire into an inferno that gathered strength and speed as it swept down one side of the gulch and up the other. When firefighters and fire met, there was no contest: The fire raged uphill at freight-train speed, a wall of flame 30 feet high, the very flames of hell. The firefighters could only run. Of those 16 men, 13 died.

Besides the three smoke jumpers who survived and the families of those who died, no one person was as haunted by the disaster as Norman Maclean, the author of the deified book A River Runs Through It. For the last 14 years of his life, Maclean researched the Mann Gulch fire. Although he died before completing his work, his children and his editor codified his manuscripts and notes under the title Young Men and Fire.

Maclean was more than a storyteller; as a young man he, too, fought forest fires in Montana. He came to know firsthand the lure and the dangers of wild country and the wild nature of young men. (Of the latter, he wrote, “…one way all men are born equal is in being born at least a little bit crazy, some being born more equal than others.”) Young Men and Fire honors both wild country and brash young men. Since I was once a brash young man who jumped out of airplanes, only now to approach that age when wisdom, or at least sense, replaces bravado, I felt a kinship to both the young men who died in Mann Gulch and to the old man who became so obsessed by the spirit of youth and the raw power of nature.

So I climbed Mann Gulch with several objectives: to honor the lives and the courage of those young men, as Maclean had done; to have a look at the grade and the footing and the height of the land so as to sense the initial excitement and the ultimate terror those young men felt; and to shoot blue grouse, if they came along. To my mind, shooting grouse fit with those other goals. Grouse in Mann Gulch signified renewal, nature’s return from the black hell pictured in Maclean’s book. Moreover, I thought that if those young men had not died in Mann Gulch, they would have enjoyed hiking there with nothing more than blue grouse on their minds. The best way to honor outdoorsmen, I think, is by taking part in the outdoors they loved.

Mann Gulch is a narrow horseshoe running northeast to southwest. The smoke jumpers arrived from the heavens and landed toward the head of the gulch. My Montana friend Poz and I walked in, traveling south through a drainage that fell off the east side of Mann, then up to a flat below the head of the Gulch.

The fire spared this land. A stand of aspen-on the cusp of turning gaudy-filled a sag and spilled haphazardly across the flat. Knee-high brown grass-thick in the trees, thinning in the open-waved in the wind. “Hoppers are in here,” saidd Poz. “Birds should be feeding if they’re around.” And on cue, a fat blue launched like an overweight jack-in-the-box and flew 25 feet to an aspen limb. Blue grouse populations are in decline these days, and no wonder. They have inherited their guile from the Dodo side of the family. This one stretched out his neck and looked at Poz until I lofted a stick at him. Then he flew reluctantly, and Poz shot-with no reluctance at all. I was walking toward the downed bird when a second grouse got up with much more vigor, sparked by Poz’s shot. He flew left to right; I swung on him, but not fast enough, and missed. But then a third bird flew, and I got him with a good shot at 30 yards that brought the bird down before he could find cover in a spray of whippy aspen.

The Montana limit on blues is three birds, but one is a big piece of meat, so for the moment we were satisfied. We climbed to the saddle at the head of Mann Gulch. The view is haunting, particularly to one who knows the story of the tragedy. The footing is loose and rocky. The slope is an honest 30 degrees. The stark, burnt stumps of trees stand as reminders that 50 years is but a blink of nature’s pitiless eye. We spotted a rough trail contouring the southern ridge and followed it. On level ground the walking was easy enough; where the trail cut uphill, however, we had to suck in to maintain our middle-aged pace. And no fire chased us up the hill.

Mid-gulch we stopped; I glassed the far hill for the crosses that mark the spots where the firefighters fell. “Look to your left,” said Poz. There was excitement in his voice. I dropped my glasses and turned to see two bighorn ewes picking their way down a talus slope 100 yards away.

After the sheep passed, we climbed the ridge separating Mann from Meriwether Canyon, a deep, rugged chasm. There we cut back, staying high, working toward the summit over the flat where we took our birds. Halfway back, Poz spotted something in Meriwether. He borrowed my glasses. “Goats,” he said. “Looks like two nannies and oneÂ¿Â¿no, two kids.” Life and death define the natural cycle of things, and where once death dominated, now life has returned.

At the height of the land we spread out in the spruce, looking for blues. Nothing. They were still feeding low on grasshoppers, we reasoned, so we parted, each taking his own line to the bottom, intent on picking up another bird before the flat.

Going down a mountain is tougher than going up (unless a fire is chasing you, and nothing could be tougher than that). I stopped for a breather 100 feet from the flat. On the ground I spotted a piece of burned wood. I picked it up and slipped it in my vest as a souvenir-maybe more than a souvenir, more toward the sacred…like a relic, I suppose. Twenty steps more and I heard scratching behind a blowdown to my left. I turned and saw one grouse, then another. We looked into each other’s eyes. The birds blinked first, then flew, one heading across the hill and peeling up to the left, the second pitching straight down toward the flat and the aspen. I got them both, right barrel, left barrel-a blue double. Not something you brag about to a serious bird shooter, but not bad for a man caught between crazy and wise. I think those young men would have smiled.