The Deer Professor: You Dropped Something 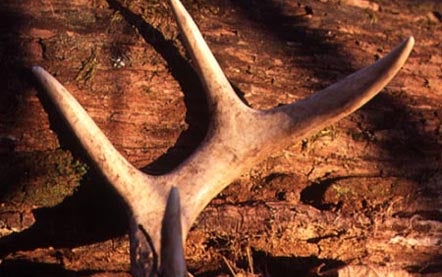 Question
What’s the earliest that a buck can shed his antlers?

**Answer **
Like much in the world of whitetails, the timing of when they shed their racks can vary widely among individual bucks and herds. However, the key to antler casting is declining testosterone levels following the rut. In the South, it is not uncommon to see antlered bucks as late as February or March. In other regions, particularly in northern states that have traditionally been heavily harvested, some bucks may begin the process as early as mid-December. Injuries, poor habitat conditions, and heavy rut-related stress can also result in declines in testosterone and cause bucks to drop their antlers earlier. In contrast, a lengthy rut can prolong their interest in does, and they will retain their antlers for an extended period. One thing that we have noticed is that individual bucks tend to be remarkably consistent in the timing of this phenomenon from year to year; we have some deer in our research facility that will cast antlers almost during the same week.

Question
I’m on a new deer lease where my hunting buddies and I are only going to shoot bucks that are 51/2 years old or older. How do you reliably judge a deer’s age?

**Answer **
Feeling confident, aren’t you? Antler characteristics can identify yearling bucks, and perhaps 21/2-year-olds, but the only way to field judge older bucks is to look at their bodies. Their chests get deeper, their bellies sag, and their faces look, well, older. But it takes considerable skill and experience to become proficient at classifying their ages. The Quality Deer Management Association (www.qdma.org) has a couple of resources that can help you immensely. First is the just published book Observing and Evaluating Whitetails by Dave Richards and Al Brothers. It offers thorough explanations of aging and scoring whitetail bucks and the dynamics of antler development, and lots of pictures. Second is A B&C; Club Field Guide to Measuring and Judging Big Game by William Nesbitt and Philip Wright. The QDMA also has published a poster, “Selective Buck Harvest,” which would be excellent to hang at your hunting camp.

Question
Are charcoal or scent-free suits a gimmick? I’ve invested in expensive scent-blocking clothing, but my buddy says it’s not reliable. What do you think?

**Answer **
Activated carbon (the key component of odor-eliminating suits) is known for its ability to adsorb a variety of compounds and is used in numerous commercial and industrial applications. I do not doubt that proper use of these scent-free suits can help reduce human odor. An important question is, by how much? In the only scientific study I am aware of, Dr. John Shivik at the National Wildlife Research Center in Colorado investigated the ability of search dogs to find a person wearing scent-adsorbing clothing. He concluded that the suits had little effect on the dogs’ capacities.

My personal opinion is that these outfits likely provide a measure of odor reduction, but not odor elimination. Remember, Native Americans and the early pioneers had little trouble killing deer-and they probably didn’t bathe all that much.

Dr. Karl V. Miller is a professor of wildlife ecology and management at the University of Georgia’s D.B. Warnell School of Forest Resources and one of the country’s foremost whitetail deer experts. If you have a question for him, please submit it via e-mail to deerquestions@yahoo.com.