Target teal and wood ducks for fast action at the opener. 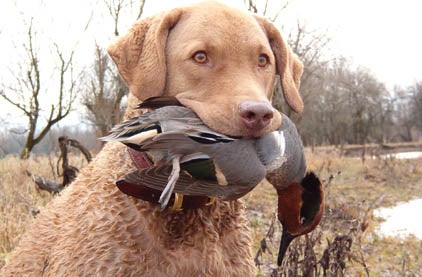 Teal are here and gone in a wingbeat. You might not even know they’ve arrived until you hear them splash into your spread. Wood ducks streak through the dawn and dusk, announcing themselves with a nasal squeal. Together, these two species offer the best and fastest shooting of the early season, so it makes sense to target them specifically with a focused approach for each. Here’s a closer look at these early birds and how best to hunt them now:

Wood Ducks
Secretive as they are colorful, wood ducks typically spend their days hiding along brushy streams or quiet beaver ponds. They fly to their nighttime roosts-which may be small potholes tucked within the marsh’s cattails-just before dark. The keys to intercepting this species during legal shooting hours are scouting and hunting in the right weather conditions.

On a preseason evening, head to the marsh with a pair of binoculars and stay out until dark. Watch for late-flying woodies to reveal their roosts. When the season opens, wait for an overcast day, then slip in close to a roosting area about an hour before sunset and hide. The gloomy weather should bring the ducks in earlier than usual.

There’s no need for decoys, which these birds tend to ignore anyway. You can, however, call to the ones that land out of range with a wood-duck whistle. Make a whooo-it sound, and they’ll swim over to investigate.

Though the classic woody roost shoot is an evening hunt, you can also bust them off a pothole very early in the morning. Often, they’ll come back in twos and threes, providing steady shooting. During the day, try jump-shooting woodies by walking or floating rivers and streams. If you hunt with a partner, leapfrog downstream, one of you hiding while the other walks along the bank. Birds that flush beyond range of the walker will fly right down the stream corridor, offering a passing shot to the second hunter.

[NEXT “Teal”] **Teal **
Bluewing and cinnamon teal are among the earliest of all migrants, heading south in September at the first hint of cold weather. Greenwings tend to migrate later, although you’ll also find them mixed with bluewings.

These birds feed by swimming with their bills partly submerged, so they prefer very shallow water, even sheet water, where the seeds they eat lie close to the surface. Preseason scouting will tell you which shallows are being visited most frequently. When opening day arrives, be sure to get to the marsh in plenty of time for first light. Teal are the early risers of the duck world, usually the first to fly in the morning.

Once you’re there, put out about a dozen decoys. Though teal do respond to mallard decoys, many hunters swear by teal imitations, going from a mix of mostly drab hens early in the season to a preponderance of drakes later on, to match the changing plumage of the birds. These ducks also react to calling. A peep on a pintail whistle imitates greenwings; a high-pitched quack on a standard mallard or a special teal call mimics cinnamons and bluewings. This won’t always work for you, but when it does, the birds will turn on a dime.

After you shoot, reload quickly. A flock will frequently circle around and try to come in again. Teal are not the brightest ducks, but to those of us who love to hunt them and try to hit them as they rocket past, it’s just another part of their charm.