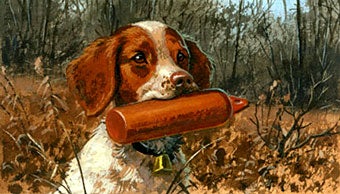 Things couldn’t look better for wild turkey hunters in Illinois. Turkey hunting is open in 88 of the state’s 102 counties, and Jared Garver, wild turkey project leader with the Illinois Department of Natural Resources, is anticipating a new record harvest this spring. “We’re expecting more hunters this year, since applications have increased approximately 7 percent each year over the last four to five years,” he says. “This is due in part to more women and youths becoming involved.” The 1999 harvest was 10,061. In 2000, the harvest increased by 1,433 turkeys to 11,494. Garver adds that the top county in the state is Jo Daviess, but don’t overlook Pike, Adams and Schuyler counties. These areas are mostly private land, but Garver says hunters can do well on the public land of Shawnee National Forest south of Carbondale and Harrisburg. Contact: Illinois Department of Natural Resources (217-782-7305; dnr.state.il.us).