Should We Fear the Moto-Duck?

re mechanical decoys the next hole in the sinking ship of wildfowlers? 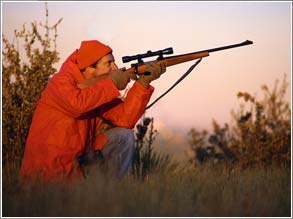 A trio of duck decoys has the wildfowling world in a quacking frenzy. Fatal de DUCKtion, Miracle Decoys, and Robo Duk are battery-powered, pole-mounted, plastic mallards whose wings rotate at a furious pace (flashes of white attract ducks); one variation involves little more than a pair of white and gray wings spinning atop a pole.

The concept may be simple, but it has caused a storm of controversy in the state where “moto-ducks” were developed. Some members of the California Waterfowl Association (CWA) believe the decoys are so effective they should be outlawed. A recent CWA survey found that 59 percent of respondents felt moto-ducks should be banned if found to reduce waterfowl populations. However, some members don’t want to wait for research results.

Dino Cortopassi, a CWA member, wrote in the organization’s newsletter that he tested a pair of moto-ducks without other decoys, in unbrushed blinds, and without calling and had no difficulty bagging daily limits. Since wildfowling should test one’s skill in site selection, decoy placement, concealment, calling, species and sex identification, understanding bird behavior, “go or no-go” shot decisions, shooting ability, and dog handling, and since — according to Cortopassi — “Moto-ducks virtually eliminate the need for seven of the nine hunting skills described above,” the decoys should be banned immediately.

Howard N. Ellman, another member, found that, according to his California club’s logs, the overall kill rate on ducks doubled for hunters using motorized decoys, while the kill rate on mallards tripled. Ellman believes that “waterfowl were saved from extinction…by the imposition of regulations” and that only a strict prohibition of moto-ducks can save ducks today.

Enter the Feds
Except for the Labrador duck (whose last known specimen was shot in 1872), no duck species in North America has ever truly been on the verge of extinction. Some, like the wood duck, were so reduced in numbers that they inspired the first state protective measures in the 1880s. But when the states alone couldn’t protect such highly migratory birds, the federal government began setting its own seasons and limits in 1916. All early conservationists agreed that the feds should have no authority over sportsmen beyond the administration (including enforcement) of seasons and limits designed to restore and sustain the flocks.

When duck populations plummeted again in the 1930s (due largely to drought), a moralistic minority of wildfowlers insisted that seasons and limits were not enough. They argued that you couldn’t hope to train or trust the average hunter and that since the use of bait and live decoys gave such an obvious advantage to unscrupulous shooters, the practices should be outlawed.

Field & Stream Editor Ray P. Holland (a former federal game warden) thought the ban on live decoys a tragedy. Writing 10 years after the prohibition went into effect, Holland remembered, “Many duck hunters thought of their decoys in the same light that the upland gunner views his pointer or setterÂ¿Â¿. Personally, I never could see the slightest excuse for this ruling, which took something very real out of the life of many duck and goose hunters.”

The live-decoy ban not only eliminated a part of the wildfowling tradition; it was another nail in the coffin in which this sport’s conscience is buried. That’s because the more ethical tests presented by any sport, the greater its moral value: Before the ban, a hunter who objected to live decoys could prove his ethical worth by refusing to use them. After the ban, he could prove nothing.

Tovarich Duck
As for the “excessive effectiveness” of live decoys, I hunted over live mallards in Russia and found they added much charm but little certainty to our shooting. The decoys called, flapped their wings, and swam about quite actively at dawn but generaally went to sleep soon afterward. If it was a particularly bitter morn, they’d come to the boat, hoping to be taken up early.

On one occasion, a falling mallard nearly landed on one of the dozing decoys. She awoke with a startled quack and proceeded to peck the daylights out of the dead drake! After we picked up each day and began poling through the marsh, the decoys would vie for the point position in the bow to see who’d be “first” back at the dock. I don’t remember all the species or the number of ducks I killed in Russia, but I do recall the pleasure provided by those tame birds.

Prohibition is the Mother
If prohibition flies in the face of common sense, it also becomes a mother of invention. When the federal government prohibited the use of shotguns larger than 10-gauge for hunting migratory gamebirds, the firearms industry developed 10- and 12-gauge guns that were more potent than the 8- and even 6-gauges of yore. Likewise, the ban on live decoys inevitably led to the development of mechanical ducks that swim (including one that can be used to retrieve downed birds), vibrate and create waves, and now fly on poles.

I field-tested a moto-duck last season and never felt I could unequivocally say the decoy had made a unique contribution to the daily bag. Furthermore, friends who used the decoy were either predisposed to dislike it — in which case, they found it awkward to carry and trouble to maintain (because even a new set of batteries couldn’t keep the wings twirling at high speed for more than about an hour) — or predisposed to love it — in which case, they made excuses for the decoy when it didn’t perform miracles.

In addition to my Virginia-based experiences, I talked with hunters who used moto-ducks in Alabama, Arkansas, California, South Carolina, and Manitoba. They gave me reports of the decoys’ effectiveness as varied as the habitats and weather conditions under which the decoys were used. A few contacts also gave me the impression that demands for its prohibition may be based on jealousy as much as on conservation concerns.

Not Ducky for Long
This is because moto-ducks may not work as well on established populations of waterfowl as they do on unsettled and randomly disturbed birds. In other words, at clubs with permanent blinds and fixed shooting hours, the local wintering mallards learn what’s up and develop flight and feeding patterns that are not easily altered by the moto-duck’s flailing wings. But on public shooting grounds, transient wildfowl are readier to come to any hint of food and safety, such as that provided by the illusion of a moto-duck seemingly looking for a place to land.

The current controversy reminds me of the kite craze of the 1970s. Back then, successful hunters claimed that snow geese couldn’t resist the sight of a flying kite decoy. By the 1980s, however, most flocks of snow geese were wise to the ruse and flew right by.

I suspect the same will eventually be true for moto-ducks. These decoys may be hot stuff in some venues right now, but give them a few more seasons and their effectiveness will fade as mallards learn what to avoid.

In the meanwhile, if moto-ducks result in the killing of excessive numbers of birds, especially mallards, the solution is simple: Reduce daily limits and/or season length. But don’t — please don’t! — allow wildfowling to be burdened with another rule that only further diminishes the meaning and value of our sport.