Feral and free-ranging cats kill millions of animals a year-and there's no solution in sight. 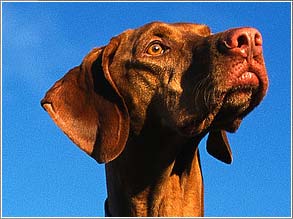 Aesop, in his Greek fables, once asked, “Who will bell the cat?” Twenty-five centuries later, public officials are wrestling with the same question in light of growing evidence that in many areas, domestic cats are having a devastating impact on wildlife.

There are about 100 million cats in the U.S., 40 million of which are believed to be either feral cats or free-ranging pets. Although domesticated, they retain the hunting instincts of their wild forebears, and their impact on wildlife is staggering. Studies of free-ranging cats have found that some individuals-even well-fed cats-kill hundreds of wild animals per year, and a recent report, Cats and Wildlife: A Conservation Dilemma, estimates that cats kill about 1 billion small mammals and hundreds of millions of birds in the U.S. every year.

Cat predation can be especially hard on common ground-nesting species such as rabbits and quail. But cats also extract a harsh toll on endangered wildlife, from piping plovers in Massachusetts to Alameda whipsnakes in California.

Wildlife experts agree that some free-roaming cat populations, especially in rural areas, need to be controlled. However, because cats are domestic animals, they fall under a hodgepodge of jurisdictions. And proposed control programs elicit caterwauls of protest from animal lovers.

“It’s a very contentious issue,” says University of Wisconsin wildlife ecologist Scott Craven, co-author of the Cats and Wildlife report. “A lot of people believe very strongly that we have a responsibility to protect free-ranging cats,” he says, because they wouldn’t exist were it not for owners who fail to confine their cats or who abandon them. “But we also have a responsibility to protect wildlife from human actions,” Craven adds.

That problem is often compounded in areas where cat lovers sustain colonies of feral cats through supplemental feeding. Cat colonies are a nagging concern in California, which is home to an estimated 3.5 million feral cats, many of which live in parks, reserves, and other protected wildlife habitats.

Cat welfare organizations such as Forgotten Felines and Alley Cat Allies are adamant that these “homeless” cats have the right to live out their lives unmolested by humans. They advocate programs in which feral cats are trapped, vaccinated, neutered, and released back to their colonies, where, proponents say, feeding programs turn them into benign felines.

Ironically, animal rights groups such as the Humane Society of the United States and People for the Ethical Treatment of Animals also disparage “neuter-and-abandon” programs, but for a different reason. They say such programs only perpetuate the miserable lives feral cats lead. Instead, they advocate trapping feral cats and destroying those cats that cannot be placed for adoption.

And when animal rights groups espouse killing unwanted animals, it is a sure sign that the problem is already out of control.