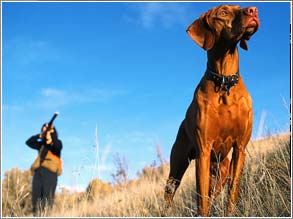 Aldo Leopold called them “sky dancers.” Folklore has dubbed them “timberdoodles.” But whatever name you assign the American woodcock, you should add to it the adjective troubled.

Woodcock, once among the country’s most abundant gamebirds, have experienced long-term population declines across North America. Eastern woodcock — birds that summer in New England and winter in the Virginias, Georgia, and South Carolina — have decreased by as much as 52 percent in the last three decades. Birds from the Central region — which summer in the Upper Midwest and migrate primarily to Louisiana — have declined nearly 40 percent in the same time period.

Disturbing numbers no doubt, and researchers are scrambling to determine the causes.

“Woodcock are just a difficult bird to study,” says John Bruggink, professor of biology at Northern Michigan University. “Because of their size, camouflage, and secretive nature, it’s difficult getting data on their distribution, annual recruitment, hunter harvest, even a reliable population estimate. The only indicators we have are the singing ground survey and the wing collection survey, and they’re just not enough.”

Each spring, throughout woodcock breeding range, participants in the singing ground survey drive a designated route through woodcock habitat, stopping at established intervals to listen for the peeenting vocalization of male woodcock.

The wing collection survey offers more clues. This cooperative effort between woodcock hunters, the U.S. Fish and Wildlife Service (USFWS), and state wildlife agencies provides data on where, when, and how many woodcock are harvested each year. Hunters are asked to mail a wing to the USFWS from each bird they kill, indicating the date and location of the harvest. State and federal biologists sex and age each wing, which gives them a peek at annual recruitment (the number of young produced each year) and, consequently, population trends.

Important as this information may be, it provides only a diagnosis, no solutions. “The surveys tell us woodcock numbers are declining,” Bruggink laments. “They don’t tell us why.”

Most researchers agree habitat loss is among the most important factors. Woodcock thrive in young aspen forests, a fact proven in a decade-long study by Northern Michigan University’s Bill Robinson. “We studied a 40-acre plot of mature aspens 70 to 80 feet tall,” Robinson recalls. “We visited the plot several times before it was clear-cut and rarely flushed a woodcock. In the eight years following the cutting, we recorded a 30-fold increase. It was very dramatic. Young aspen stands provide good nesting habitat and the dense cover acts as a shield against predators like goshawks.”

Unfortunately, current public bias against clear-cutting — the only way to regenerate aspen — has the logging practice, and aspen stands, in decline. “This is especially true on federal lands,” says Larry Gregg, Wisconsin Department of Natural Resources biologist and longtime woodcock researcher. “People have seen pictures of western clear-cutting and are against it. But those (western cuts) have little to do with us. You need to manage aspen aggressively or you’ll lose it.”

Diminishing habitat also gives predators an edge. David Krementz, wildlife biologist with the U.S. Geological Survey, studies woodcock survival rates on wintering grounds in Georgia, Virginia, and South Carolina, and has recorded disturbing predation. “Only 80 percent of woodcock survive the two-plus months they’re at the wintering grounds,” he says. “What’s scary is they spend so little time here. If you lose 20 percent in 60 days, what’s happening the rest of the year?” Krementz says goshawks, barred owls, gray foxes, and bobcats are the major woodcock predators.

Studying woodcock may be difficult and expensive, but if woodcock are to rebound, research into their mysterious lives must continue. “That’s why maintaining hunter numbers is so important,” says Fred Kimmel, upland game study leader with Louisiana’s Department of Wildlife and Fisheries. “They’re the ones who drive the research and do the habitat work that helps birds the most.”