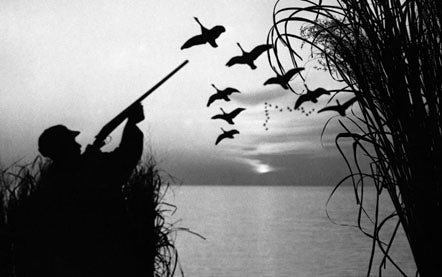 Fish and wildlife managers from state and federal agencies have been combing the Louisiana coast since the hurricanes, much like disaster relief teams picked through the rubble of the human communities in the region. They’re counting the dead, looking for survivors, and trying to measure the suitability of the habitat for resettlement.

So far the news is not good for the millions of ducks and geese already heading for the Louisiana coast, just as they have every fall for thousands of years.

Scientists say Katrina took a wicked chunk out of brackish and fresh marshes east of the Mississippi River, and Rita left a flood of highly saline water stewing on the fragile freshwater wetlands in central and southwestern Louisiana. Some of the nation’s most productive wintering habitat–and most storied waterfowling grounds–may be all but useless to ducks and geese this year.

“Katrina pretty much spared the central and western portions of the coast, mainly because the highest winds were from the north, which kept a lot of the Gulf water away from those marshes,” says Robert Helm, the veteran waterfowl biologist with the Louisiana Department of Wildlife and Fisheries.

Of course, other storms have hit this region and had similar impacts. But those floodwaters typically fall quickly–usually helped along by seasonal rains that add a layer of fresh water to help the wetlands heal. That hasn’t happened this year. Right after Rita, another disturbance farther south in the Gulf created persistent east and south winds that kept water locked up in those areas.

Those floodwaters, brimming with organic material, have been cooking in 90-degree heat. Decomposition of plants quickly robbed the water of oxygen. Like giant open petri dishes, many areas are growing bacteria and other organisms that thrive in such conditions.

It’s an ideal environment for outbreaks of avian diseases such as cholera, biologists say. The lack of food for migrating birds can weaken their defenses. The bacteria in the water can cause illnesses. And the overcrowding that can take place as birds concentrate into the few areas with food and good water means that disease can spread rapidly and infect tens of thousands of birds.

“Poor water quality is oftentimes an issue with waterfowl diseases, like botulism and avian cholera, things we don’t normally have trouble with here because there’s so much habitat,” says Helm. “But this is an exceptional set of circumstances.”

It’s so exceptional that waterfowl managers really don’t know what will happen–and that worries them.

“The Louisiana coast is the backbone of wintering habitat for the Mississippi Flyway,” says Helm. “My perception has always been that it will always be there for the birds. We’ve had high water, we’ve had low water. But we’ve always had enough habitat for the migration.

“But this winter, that habitat will largely go missing. That’s unprecedented, at least in my life. It’s an unknown, and that’s scary.”