Essential Skills: How to Hoist a Deer by Yourself

by T. Edward Nickens __ I used to dread the backbreaking task of getting a buck up and over the … Continued 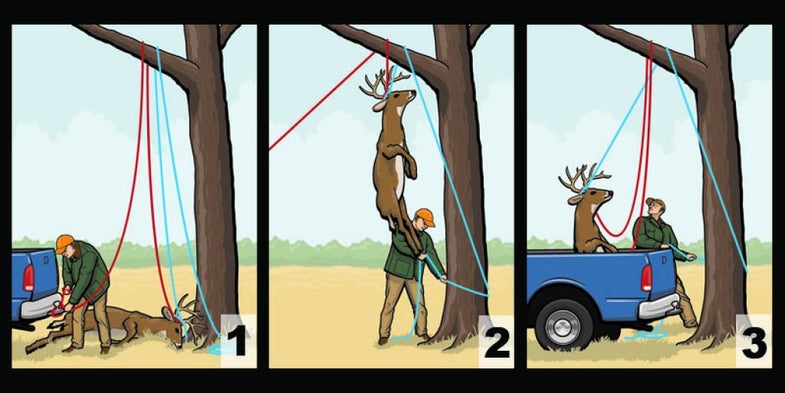 I used to dread the backbreaking task of getting a buck up and over the truck tailgate solo. Until I discovered this trick.

Step 2:
Pull the truck forward to lift the animal off the ground. Secure the free end of the second rope to the tree or another object strong enough to hold the deer.

From the May 2012 issue of Field & Stream magazine.