Lessons Learned from the Bucks that Got Away

Photos by Charles Alsheimer Monster bucks can be highly predictable right now. After weeks of rutting, they’re worn down and... 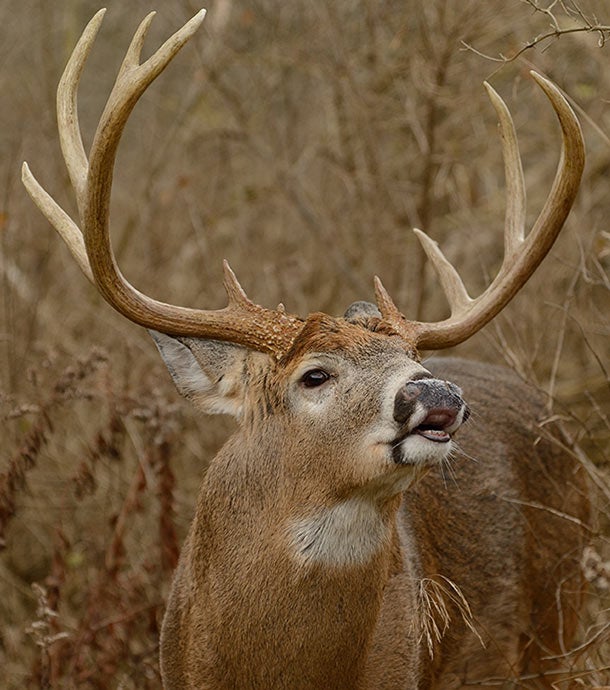 Monster bucks can be highly predictable right now. After weeks of rutting, they’re worn down and need food badly enough to feed in daylight. But as the experts below found out, a post-rut, trophy-class whitetail can still leave you shaking your head.

The Buck: “Mismatched 8,” a 51⁄2-year-old, 160-class 9-point
The Location: Montgomery County, Ala., 2010
The Hunt: “I’d opened up three food plots on a thick, 80-acre parcel and hung a camera by the biggest. I started getting pictures of this slab-bodied buck whose rack was kind of mismatched. But all the pics were either before or after shooting light. So I moved my cameras back to figure out how he was getting there. He used different trails, and I hung stands on every one–a half dozen in total. When I started hunting, I just couldn’t catch up to that buck, even though I kept getting picture after picture of him. He was keeping me up at night.”

“I had to guide nearly every day of the late season, and all I was thinking about was this deer. I finally got some time off and planned on hunting all day. But I was so tired that I slept in and got to my stand a little after noon. I pulled my camera on the way, and that deer had been there a half hour before I showed up. It was the first daylight photo I had of him, and I wasn’t there! I sat the rest of that day and all the next, and I didn’t see a single deer–and haven’t seen Mismatched 8 since.”

The hard lessons
Mismatched 8 hammered home to Moore the fact that big bucks often move at midday during the late season. But the biggest lesson was personal. “Normally, I’m thrilled to take any buck. But this deer got under my skin,” Moore says. “I vowed I was going to take him with a bow, and I passed up several good bucks. In hindsight, I lost a lot that season. I wasn’t enjoying myself. I became possessive, a little crazy, which is just not me. It’s more important to enjoy the process. I won’t take the one-buck-or-­nothing approach again.”

The Buck: “Coal Strip 8,” a public-land giant
The Location: Willett County, Ky.
The Hunt: “Just before the season opened, I got a couple of glimpses of this great buck not far from my home. He was bedding in a coal strip–a section of reclaimed land that was really thick–and doing one of two things. Either he would leave the strip and head up the mountain to feed on acorns, or he’d drop down into lower elevations to feed on cropfields. But in both cases he was leaving in the dark and getting back to bed before light. From what I could tell, he was totally nocturnal.

“His bedding area was so thick that I knew if I pushed too close I’d bump him. So I tried a couple of tricks that had worked before–I put out mineral licks and mock scrapes in more open cover nearby. Sometimes that will draw a buck out a few minutes earlier in the evening, or make him dawdle in the morning. But this buck was having none of it. He’d work the scrapes and hit the lick, but not during shooting light. Then the rut came–which I figured was my big chance–and he just disappeared. I never did figure out what happened to him. I thought about that deer constantly: What can I do to make him vulnerable? But I just couldn’t find the answer in time to put a tag on him.”

The hard lessons
Faulkner had plenty of time to think about the buck in the off-season. “I realized maybe I could have made him bed in a different spot,” he says. “So when I got on a similar buck the following fall, I gathered a bunch of stinky T-shirts and hung them around his bedding area. There was another patch of thick cover just uphill of his bed, farther from the food, and I figured if I could get him to lie down up there, it’d take him longer to get back to bed.” Faulkner’s plan worked. “I shot him during our late muzzleloader season, as he was sneaking back to his new bed just a few ticks into legal shooting light. That was the break I needed, and I learned it from that first nocturnal buck beating me up.”