Photo Illustration by Gorman Studio Last month, I went to deer-nut heaven. No, not a treestand in Iowa, but rather... 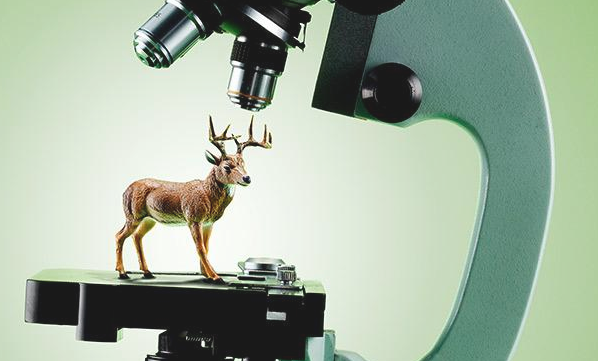 Last month, I went to deer-nut heaven. No, not a treestand in Iowa, but rather the Quality Deer Management Association National Convention in Athens, Ga., where the country’s top deer biologists and researchers were presenting findings from some of the most fascinating deer research conducted in decades—and where I was able to chase them down for more details related to the topic on every hunter’s mind this month: the rut. Modern telemetry has given biologists an unprecedented view into whitetail breeding behavior, yielding surprising facts that can help you right now.

Here’s what I learned.

Most of us picture rutting bucks running willy-nilly, from pillar to post, over hill and dale, and all around Robin Hood’s barn to find estrous does. But their travels are far more focused than we’ve ever guessed, according to Randy DeYoung, a research scientist with Texas A&M University-­Kingsville, who is studying the rut movements of 100 South Texas bucks.

“Despite the big uptick in movement during the rut, these bucks were still utilizing only about 30 percent of their home range,” DeYoung told me. “While some bucks did venture far and wide, virtually every one had two to three focal points—places he kept returning to every 20 to 28 hours.” These spots typically had concentrations of does near good food sources or thick cover. And the focal points in one buck’s home range often overlapped with those of two or more different bucks.

Elsewhere, researchers are finding that some whitetail bucks actually shrink their home range during the rut. This discovery was made last year in Pennsylvania, and biologists are still analyzing the movements of the nearly 50 mature bucks in the study. “So far we’ve only looked at preliminary data,” says project leader Andy Olson, with the Warnell School of Forestry and Natural Resources at the University of Georgia. “But it indicates that for the majority of these bucks, home range was the smallest in fall, including the peak of the rut, and largest during winter and spring, presumably when finding food sources required more travel.”

It’s important to note that these were big-woods deer that did not have access to many food plots or agricultural fields. Rather, the study bucks focused their rutting movements on areas with mast-producing hardwoods, where does were likely concentrated—which, come to think of it, sounds very much like DeYoung’s “focal points.”

Bucks and Does Go Cruising

We’ve known for several years that rutting bucks sometimes leave their home range on mate-seeking missions. Now researchers have learned that these excursions are more widespread than believed and that even does make them.

“Recent studies in several states prove that many bucks—from 40 percent in Tennessee to 100 percent in Texas—make these excursions,” says well-known University of Georgia researcher Karl Miller, who supervised a multiyear Tennessee study. “But our study was the first to reveal that a doe left her home range and met up with a buck that had left his.” The data also shed light on the duration of tending behavior, long thought to last 36 to 48 hours. “This pair was together for 12 hours, then parted ways and went back to their respective homes.”

Biologists never talk about individual deer. I know, because I’ve been interviewing them for almost 30 years. Instead, they talk of generalities and averages. They hit you with data that proves, for example, that 90 percent of scrape visits occur at night, which is a pretty depressing stat for the hunter who finds a stinking, pawed-up circle resembling a UFO landing site.

But QDMA biologist Matt Ross did something unprecedented when he actually referred to deer “personalities” in a presentation. “Researchers don’t like to talk about anomalies, but we see them all the time, because the truth is that every buck is an individual,” he told me. “One buck might be highly aggressive during the rut, another very timid. A third likes to travel during daylight, or is highly faithful to a tiny core area. And one important thing we’ve learned is that a buck can carry these traits for his entire life, regardless of herd status or habitat.”

Put all this new information together, and you have several take-home points that can help you put a tag on a buck this month. First, according to both DeYoung’s and Olson’s research, just because you imagine rutting bucks bouncing around the landscape, it doesn’t mean you should, too. When you find an area with buck and doe sign, especially an area that provides does with a steady food source, stick with it and be patient. At least one buck should be swinging through soon—and maybe a few others, to boot.

The bad news about buck excursions is that the animal you’re hunting may suddenly disappear. But he’s coming back, and perhaps sooner than you thought. What’s more, another, bigger buck from a different area may cruise by at any moment and make your day.

Finally, when you find a good buck, start building a personality profile. Pay close attention to and record his quirks, via direct observation or scouting cameras. Statistics may say he won’t visit scrapes at night, or he’ll stop freshening pre-rut rub lines during the rut. But your observations trump this and are good for years—or until you catch up with him.