Only in Deer Camp 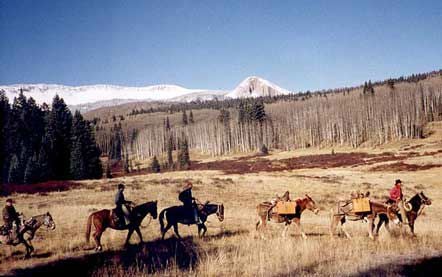 Earlier this year we asked readers to submit their best, funniest, and most outrageous deer camp stories. Nearly 200 of you responded with all sorts of tales (more than a few of them unprintable). We learned about incredible acts of marksmanship, deer that “sure looked dead,” encounters with unhappy and surprisingly agile cattle, general early-morning confusion (eggs fried in Ajax cleanser was one of the more interesting foul-ups), and a wild collection of practical jokes.

The stories listed here are our favorites. Some may be hard to believe, but if you’ve ever gone to deer camp, you know that they’re true.

My buddy, Marty, has a deer camp in Pennsylvania. He also owns and runs a successful restaurant. One year Marty invited a few friends to hunt deer at his cabin. He instructed the guys to go hunting while he stayed behind to prepare lunch. Marty really enjoys cooking. His “camp kitchen” has two slicers and two refrigerators, and Marty wears his chef’s hat and apron when he cooks.

As he was making lunch, he looked out the window and saw a deer go over a rise just a short distance from the cabin. He stopped what he was doing, grabbed his rifle, and went after the deer, dropping it just below the rise. While he was dressing it out, a hunter he didn’t know came by and said, “Don’t move! I’ll be back!” A few minutes later the hunter returned with a few friends. “See?” he said to them. “I told you this guy came prepared!”

Marty looked down and noticed he was still wearing his chef’s hat and apron.

When I took Herb on his first deer hunt, I just had to set him up. It’s an old trick, but it still works.

Heading out one morning with Herb and his son Brian (who was in on the joke), I pulled my truck to the side of the road, explaining that I had spotted some deer tracks in the snow. I quickly jumped out of the truck with pockets full of chocolate-covered raisins and piled them in the snow, out of Herb’s sight. Kneeling down, I called for Brian. He and Herb walked over. I pointed to the pile of raisins, “explaining” that they were fresh deer droppings. Then I reached down, grabbed a few raisins, and popped them in my mouth. “It’s a buck, heading east,” I declared. Brian then reached down and ate a few of the raisins, too. “A 3-pointer,” he said. “Gross!” said Herb. He ran off, groaning and nauseated, as Brian and I howled with laughter in the snow.

In-Between is a game where players are dealt two cards and bet whether or not the next card turned up will be in between the first two. Six of us were playing at the hunting shack one evening, and during the game several players had been dealt good cards and had bet the pot. But they lost, and the pot had doubled and redoubled several times.

With the pot holding a couple hundred dollars, I was dealt an ace (a low card) and a king. I bet the pot. The next card up was an ace. I hit the post next to me in disbelief. The post held the main beam, from which the gaslights were hanging. The vibrations broke both mantles and knocked them over. The shack went pitch-black.

Afterward, all the players claimed that they were making sure the money didn’t get lost in the confusion, but at the moment the lights went out, six pairs of hands met in the middle of the table on top of the pot.

It was my son Steve’s first year hunting with a rifle. He had come up to deer camp with me since he was 12, but now he was 14 and ready to hunt.

The first morning out Steve had a little mishap that he shared with us all that night at the supper table. HHe had sat against a double-trunked birch tree with his head against the vee, and it wasn’t long before he fell asleep. It was windy that day, and at one point the wind had moved the trunks apart just enough for Steve’s head to slip down between them and get stuck when the wind eased up. I guess that woke him up! He flopped around like a fish until the wind blew again, moving the trunks apart, and he could get his head out. As the laughter finally died down and Steve looked around the table at all of us, I think he realized that his biggest mistake wasn’t getting his head caught in a tree, but letting us all know about it. He’s 25 now and has to live this one down at camp every year!

Harold worked for the railroad and wasn’t much of an outdoorsman. I coaxed him into joining my friends and me at deer camp one year. Harold planned to arrive early on opening day, find a place to hunt until evening, and then join us in camp. Opening day was cold and rainy, and the veterans in camp weren’t surprised when Harold never showed.

Back at home, we were anxious to hear Harold’s excuse. Turned out he had overslept opening day. It was 10 a.m. when he drove past a Deer Crossing sign on public land, not far from our camp. He could think of no better place to watch for a buck, so he parked his truck and walked into the woods by the sign. After a 15-minute wait, an 8-pointer walked by and Harold dropped him with one shot. He drove home with his trophy, wondering where the challenge was in deer hunting: The government put up signs telling you where they are!

My brother Rog and I hunt a farm on the Western Shore of the Chesapeake Bay in Maryland. It has a marsh that’s bordered with long fingers of land jutting down into the water, leaving deep gullies on either side. If a hit deer goes into a gully, it takes two hunters with about 300 feet of rope and a four-wheel-drive vehicle to get the deer out.

One day Rog decided to hunt the edge of the marsh at the bottom of one of these fingers. A large doe eventually gave him a good broadside shot, and of course, it chose the gully on the marsh side to go down when hit, ending up about 25 yards in.

With no good idea on how to get the deer out, I got Lucky, my black Lab, and commanded him to get the “duck.” He looked confused, but he went into the marsh and swam to the deer. Lucky started mouthing it, and he and the deer started rolling around in the water. “Grab it by the ear!” I yelled. While I don’t think he understood the command, Lucky grabbed the doe’s ear and dragged this “duck” to shore-all 125 pounds of it-like he’d done it a hundred times. He dropped the doe on the ground and sat right next to it, looking as proud as ever.

In 1968 I joined a group of seven men who’d been hunting together for years. Our hike-in camp was primitive, with tents set up in the middle of Mark Twain National Forest, 4 miles off a gravel road. We were far enough off the traveled roads that we were completely undisturbed by any outsiders. At least we thought so, until one of the guys, Dan, was called out of his tent one rainy morning and served with divorce papers. That woman must have gone to a lot of trouble to get someone to track Dan down and serve him. After the incident we moved our campsite a quarter mile deeper into the woods-and we made sure we didn’t tell anyone.