Phases of the Rut

A step-by-step guide to deer season's most exciting time. 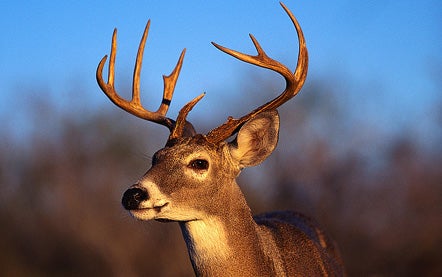 Phase 1
Seek and Chase (October 26-November 9)
Bucks battle for dominance and look for the first receptive does.

Phase 2
Peak Breeding (November 10-November 25)
This can seem like a lull as bucks hole up with estrous females.

The world of whitetails is about to be turned on its head. Cagey, reclusive bucks that only showed themselves at dawn and dusk will suddenly be moving all day, fighting each other for dominance and searching for does. It’s your best opportunity to tag a trophy, and it won’t last long.

The exact timing of the rut varies, but in most of the country three distinct phases of the breeding season take place during the dates listed below. Learn them and the tactics that work best for each. Then drop everything and head into the field. These are deer hunting’s glory days.

Timing
In the northern two-thirds of the United States and in Canada, or roughly north of the 32nd parallel, the timing of the rut is fairly precise. The peak breeding period occurs from November 10 through 25, whether you are hunting in Saskatchewan or Virginia. This is the timetable used for the phases listed below.

Farther south, things get more complicated due to the genetics of the deer used to stock different areas, poor buck-to-doe ratios, and particularly important, the mildness of the winters. The rut in southern Alabama, for instance, doesn’t take place until January. In South Texas it’s in mid-December, but in Texas Hill Country it’s in November. In coastal South Carolina, it’s in October. The “window” in which fawns can be born and grow enough to survive the sometimes bitter, snow-covered winters of northern regions is small. The vast majority here are born in late May or early June, with those born later more likely to perish in severe conditions. This concentrates the northern rut more heavily in November, with only a small number of does breeding in later, secondary ruts. It also makes the rut more pronounced than in some southern locations. In milder climates, fawns can be born later and don’t face rigorous winters, so the rut tends to be more drawn out, with many does bred in December, January, and even February. The term trickle rut is sometimes used to describe this extended breeding period. Poor buck-to-doe ratios can also cause the rut to take place later or last longer. Because bucks don’t have to compete or move around much to find does to breed in this situation, the action will be less dramatic. And with so many does per buck-sometimes as many as eight or nine-not all of them will be bred during their first 24- to 36-hour cycle. Many will go into estrus a second time, 28 days later, or even a third, 28 days after that. Phase 1 Seek and Chase, October 26¿¿¿November 9
This is the most exciting time of all to be in the woods and offers the best chance to kill a large buck. It lasts for seven to 14 days before the bulk of breeding takes place, while just a few females are in estrus. Bucks are moving constantly, driven by the urge to breed and exert their dominance in the herd. They’ve built their muscles to peak strength. Mounting testosterone levels have them sleeping briefly and eating little as they search for the first females ready to mate. During this phase, often called the pre-rut, bucks check scrapes, visit doe areas, and abandon home-range restrictions as they search for willing mates. Bucks that you never knew were in the area can suddenly appear at any minute-dawn, dusk, or high noon. **Phase 2 Peak Breeding, November 100¿¿¿25 **
The seek-and-chase phase ends abruptly when the majority of does come into heat, often within days of each other. This is the core of the rut, but it can be a letdown compared to the excitement that has just passed. Bucks that were fighting, roaming, and chasing are now bedded down with or following a single doe. A buck will stay by an estrous doe’s side for a day or two before and throughout her 24- to 36-hour breeding period. If there is a female family group in one area, the dominant buck may simply finish with one doe and then breed the others, barely moving for days. No wonder that the heart of the rut can seem eerily quiet.

But it’s not a total washout. Between does, if another isn’t nearby, bucks will go searching for the next mate. And while they are paired off, bucks will follow does as they feed and amble about. Finally, less dominant males may travel quite a bit searching for receptive does even during peak rut, and these deer, surprisingly, sometimes have more impressive racks than the aggressive bucks that are holed up.

Phase 3 Frantic Search, November 26¿¿¿December 9
The rut has peaked, and only a few does are still cycling. In a slightly scaled-down fashion, this homestretch stage mimics the pre-rut as bucks renew their desperate pursuit of the few remaining does in heat. Some of the largest bucks of the year are taken during this sleeper period, when many hunters think the best hunting is over.