The five distinct phases of the rut, and how to hunt them effectively. 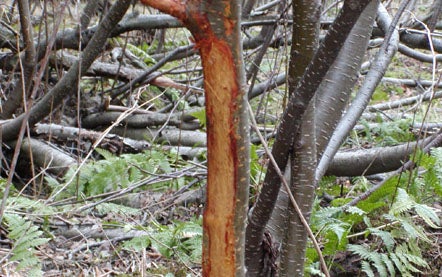 Of course, you understand the terms_ pre-rut, primary rut, and _post-rut. That’s Whitetail Breeding Behavior 101. As in so much of deer hunting, though, success lies in the details. There are really five distinct phases of the rut, and smart hunters not only learn them but also change tactics according to the nuances of each phase.

Correctly timing the various rut phases is critical. Start by calling your local wildlife agency to ask a deer biologist when peak breeding occurs in your area. Then follow the breakdown below to know what’s happening when, and how to make the most of it.

Clues: Daytime buck activity increases as days shorten, temperatures drop, and testosterone levels rise. A sure sign of this phase is a sudden increase in the number of rubs and scrapes.

Tactics: Bucks are still homebodies now, so set up stands along fresh rub lines and primary scrapes near dense cover. Pay attention to the weather to identify peak periods of activity.

Clues: Activity increases dramatically, especially near food sources, as bucks chase does to check them for breeding readiness and run rivals off. Primary scrapes are worked hard by bucks looking for estrous does.

Tactics: Rattle, call, and decoy (where legal) to lure aggressive bucks. Set up along scrapes and rub lines from morning to midday, near doe feeding areas on evening hunts.

Clues: Dominant bucks tend single estrous does and herd others into isolated covers. Overall deer activity, especially near food sources, drops dramatically, and both bucks and does often seem to disappear.

Tactics: The “lockdown” of peak breeding requires an aggressive approach. Glass for bucks tending does and stalk them after they bed, or hunt near known doe bedding areas to intercept a buck seeking its next mate. Changing hunting areas is another option; whitetails may be locked down in your area but still in the chase phase only a few miles away.

Tactics: This is an excellent time to fool a mature buck, especially with rattling and calling. Set up near feeding areas, which bucks visit to check for remaining estrous does. Drag a rag impregnated with estrous scent to your stand.

**Phase 5: Secondary Rut **
When: Approximately one month after the peak breeding phase

Clues: Any does left unbred after the peak rut, as well as some late-born fawns, will enter estrus and attract bucks. The biggest tip-off is a lone doe traveling with one or more bucks. Sexually active bucks may create new scrapes or freshen old ones.

Tactics: Stand hunt or still-hunt near prime food sources such as standing corn, soybean fields, or oak stands. Bucks are tired and hungry now. They won’t waste energy cruising for does, so any secondary-rut breeding will occur close to food.