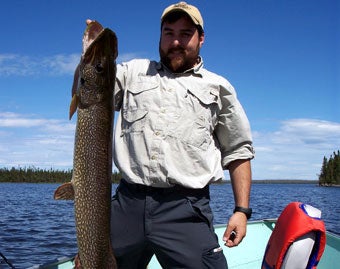 Pike County consistently has the highest annual harvests of whitetails and is the state’s top trophy producer. Wedged between the Mississippi and Illinois rivers in the west-central part of the state, Pike County is a mixture of woods interspersed with farm fields-prime deer habitat. The downside is that most of the land is private and the county’s reputation as a big-buck hot spot makes it difficult for hunters to gain access. Hunting through an outfitter is an option. Check out nearby Brown and Adams counties, too. Last year, Illinois hunters killed a record 149,000 whitetails of a population estimated at 700,000. Paul Shelton of the Illinois Department of Natural Resources expects the 2001 harvest to be somewhat less than the record. Deer populations are highest in the west-central counties but are stable statewide. Rapidly rising numbers of out-of-state hunters are prompting the state to raise nonresident license fees and limit the availability of nonresident archery permits. Illinois will require nonresident hunters to have a nonresident hunting license in addition to a $100 deer tag beginning this year. The cost for a nonresident license is $28.75 for five days and $50.75 for a season. Pending legislation will allow Illinois to regulate outfitters, which it doesn’t currently do. In addition, the nonresident deer tag is likely to double in price next year to $200.