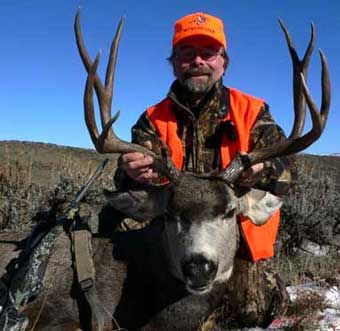 Ontario’s big bucks haunt the wilderness around Kenora and Fort Frances in northwestern Ontario. These northerly locations are traditional destinations for nonresident hunters, but Ontario’s principal ungulate specialist Howard Smith warns that restrictions on nonresident hunting here may come about. “There have been some regional concerns about the numbers of nonresident hunters going to northwestern Ontario,” Smith says. “There may be some controls put in place, probably not for this year, but for 2002.” Ontario’s northern whitetail herd is in good shape based on spring herd counts. But Smith notes that there may be some tightened quotas on whitetails in the south-central part of the province because of heavier lake-effect snows here in the past four years.