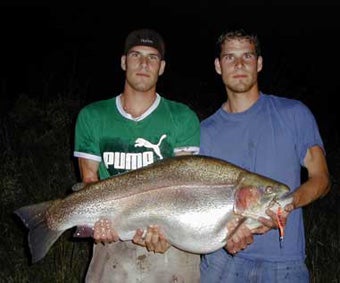 When it comes to big bucks, the Mississippi River Delta and Ouachita National Forest are in a horse race. Rich bottomland, miles of floodplain agriculture and ample cover along the Mississippi River Delta turn out big-bodied bucks. The average three-year-old ranges from 220 to 240 pounds. Right behind the river delta is the Ouachita National Forest, where bucks in the 200-pound range, with a mean dressed weight of 150 pounds, are common. The average three-year-old will weigh between 180 and 210 pounds. The overall population of 1.1 million deer is in good shape, according to state deer project co-leader Dave Urbston, with an estimated harvest of 180,000 to 185,000 last year. A major ice storm last winter should improve habitat in a number of areas, including the Ozark and Ouachita national forests. The storm tore up pine thickets, thereby creating openings in the canopy and allowing for the growth of browse and hardwoods. The storm also created new deadfalls in which deer can hide. “The Ouachita is primarily shortleaf pine but has some good stands of hardwoods,” Urbston says. “I believe it will get better there because the ice storm tore the hell out of the pine trees. We have some fertility problems in the Ozark National Forest and we’re bringing the buck-to-doe ratio into balance in the Gulf Coastal Plain, but overall it looks pretty good.” Permits are issued because of high demand for hunts in wildlife management areas. Another top region is Zone 3 in the northeast, a major agricultural area where the Mississippi River and other major tributaries are known more for ducks than deer. Sparse cover along the river provides patchwork habitat for big deer.