Close Calls: An Angler Save Three With His Fly Rod

In May, 2009, Don Elder saved three people from Oregon’s Sandy River by pulling them to shore with his Spey... 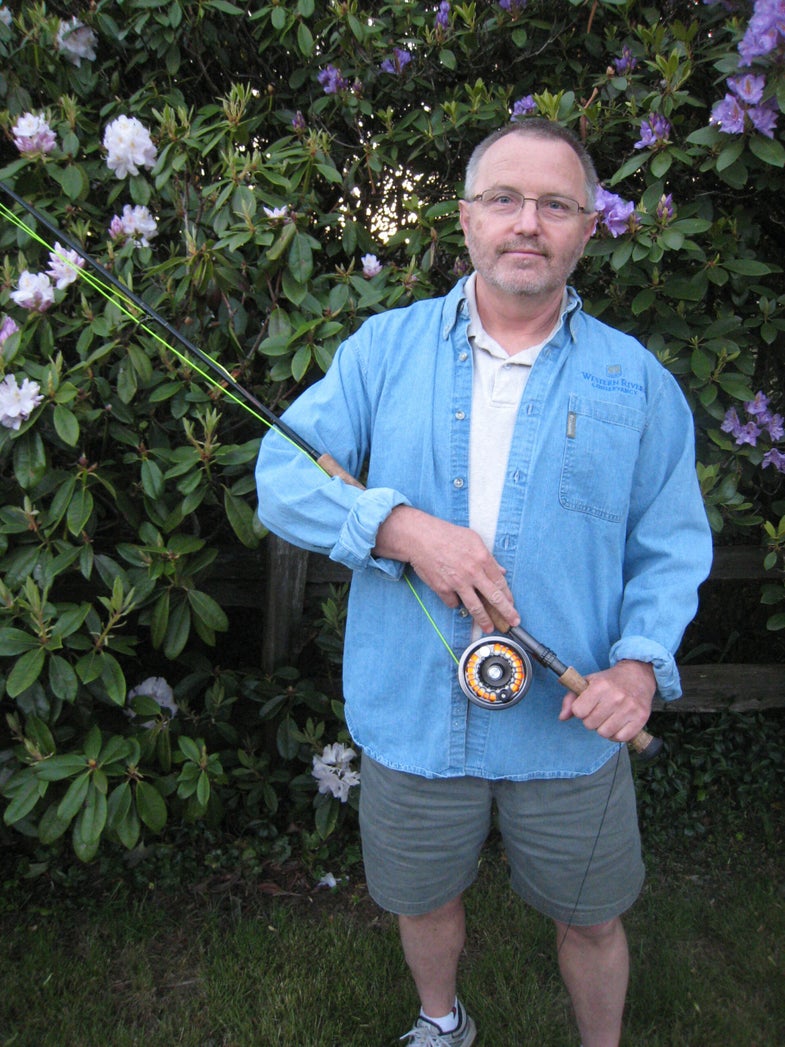 In May, 2009, Don Elder saved three people from Oregon’s Sandy River by pulling them to shore with his Spey rod. Elder tells the story:

Over Memorial Day weekend, I’d been camping at Oxbow Regional Park with my family, and on Sunday I walked to the Sandy River to practice Spey casting–I didn’t expect to catch anything.

As I was casting I heard some screaming. There were a gazillion people on the river, so I didn’t think anything of it at first. Then I glanced upstream and saw three people–a woman and a man clutching a little girl–floating down the middle of the river. The water was cold and fast. I was in my boots and waders, so I couldn’t go in after them, but I had to do something. The only option I had was to cast at them.

I cast to the woman first since she was closer. After a couple of casts, she grabbed the line, and I lowered the rod and stripped her in. When she was close, someone else carried her to the bank. Next, I had to hustle downstream so I could make an upstream cast to the man and the girl. It took about an 80-foot cast to reach them. That’s hardly a record Spey cast, but it took everything I had. After a few casts, he grabbed the line and I had them to me in about a minute. Someone waded in and carried the little girl, while I shouldered the man to the bank where he collapsed and passed out.

A crowd had gathered, and one woman said to me, “I can’t believe you kept casting!” I guess she thought I’d been fishing during the ordeal. I rushed to the campsite and drove to the ranger’s office. While I was gone, some rafters stopped. They took the man downstream to the boat ramp where a park ranger met them and took over from there.

It’s good to know my Spey line can handle that much weight. And something like this really makes you think again about tying good knots.