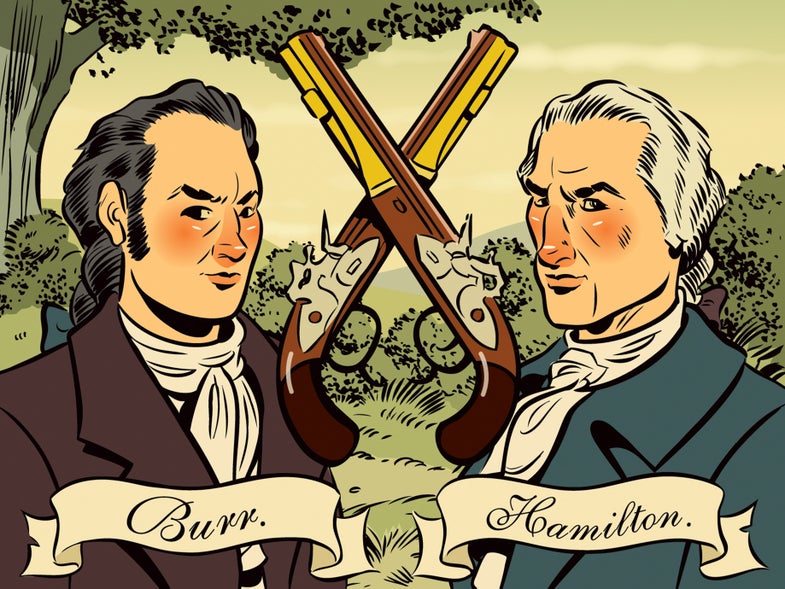 David E. Petzal answers your questions about guns, shooting, hunting, and life. Got a question for our rifles editor? Send it to ­askpetzal@fieldandstream.com. We cannot guarantee polite answers to all questions.

If you could own any historical rifle, what would you choose? What about a pistol?—Christian Walker, Greenville, S.C.

A: I would like to have David (not Davy) Crockett’s first rifle, Old Betsy, a Pennsylvania-made .48 flintlock that was named after his favorite sister. It was made in 1792 and is a beautiful gun that’s been restored to its original condition. When Crockett married, he had to trade it and three months’ labor in order to buy a horse. I can relate to that.

For a pistol, I’d like to own the pair of Robert Wogdon (of London) duelers used by Alexander Hamilton and Aaron Burr in their duel of 1804. Wogdon was a celebrated maker of dueling pistols, and the guns are presently owned by the JPMorgan Chase Bank. I got to handle them in 1965 when I photographed them for a book. That was an uncanny experience.

A: Let’s put this in historical context. Henry Kissinger, whose contribution to American foreign policy was the bombing of Cambodia, won the Nobel Peace Prize in 1973. Barack Obama, who had not done much of anything, won it in 2009. It’s obvious that the ­Nobel jury is ­either deranged, or smoking too much weed, or has a hell of a sense of humor. Therefore, why shouldn’t Dylan win it for literature? God knows he can’t sing.

A: I am compelled to say Talley Manufacturing. Its rings and bases are so good that custom rifle makers now use them almost exclusively, even the guys who used to make their own.

Q: What are the most pointless popular rifle cartridges? —Rodney LaBarr, Wichita, Kan.

A: The entire Short Magnum and Short, Short Magnum series, regardless of manufacturer. I have used the .325 WSM, .300 WSM, and .270 WSM at length, and found them very effective, but where was the need? Add to that the difficulty in making the things feed, and you must ask, “Was this really necessary?”

Q: Does it matter what camo pattern I wear?—Tara Banks, Erie, Pa.

A: Probably not, unless you go to the trouble of wearing a ghillie suit. Animals react to scent, sound, and movement. I don’t think they distinguish much between camo patterns. I think loden green is as effective as anything in just about any surroundings, and it’s in much better taste.

Q: Ever thought of taking up bowhunting?—Jerry Cooper, Macon, Ga.

A: Indeed I have, but the amount of time I spend messing with firearms prevents me. As a kid I hunted with a bow, but when I got my first ­rifle, I never looked back. If I were to bowhunt today, it would be with traditional tackle rather than a compound.