Ask Petzal: Hunting Elk with a .30/30, Why Dave Hates Muzzle Brakes, and the Attack of a Mamba-Like Snake 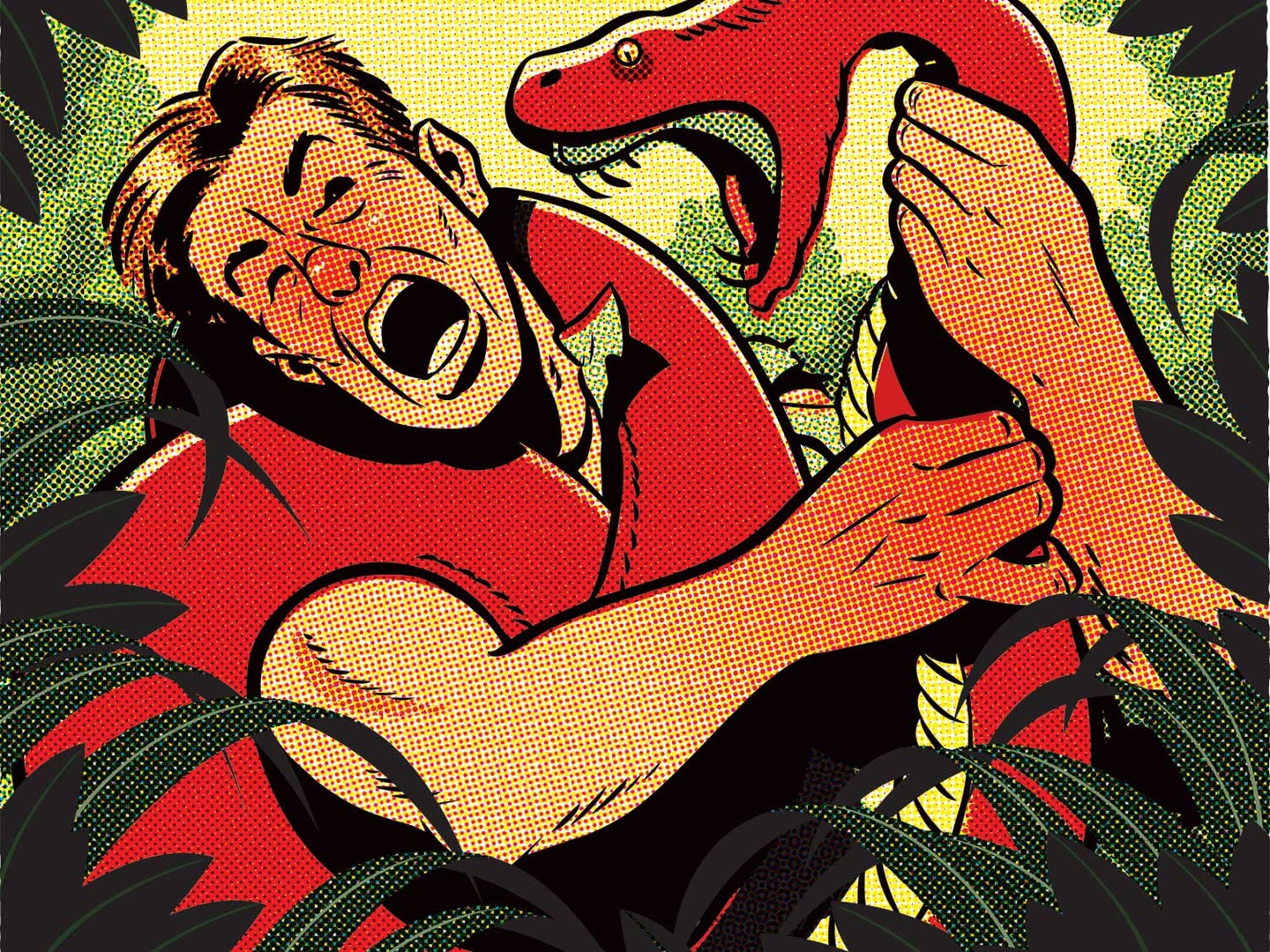 Q: What is the scariest encounter you or someone you know has had with a snake? —V. Marchbank, Carson City, Nev.

A: Once, my friend the late G. Sitton was sleeping off a drunken night in a hut in Zimbabwe when a large mambalike snake fell out of the roof thatch and landed on his neck, where it coiled. Sitton first thought he was having a nightmare, but when he realized the reptile was real, he rushed out of the hut in such a state that it required six people to hold him down while two others unwound the scaly visitor. Sitton never really got over it.

Q: Do you think the 6mm Creedmoor will become wildly popular with hunters like the 6.5 has? —James Harwood, Erie, Pa.

A: Nope. One reason the 6.5 Creedmoor took off was because the bullet diameter, in the U.S. at least, was exotic, while the 6mm has been popular since the 1950s. The 6mm Creedmoor, created by F&S shooting editor John B. Snow and the engineers at Hornady, has seen good success as a mild-recoiling competition round. And it can handle deer-size critters. But overall, I don’t think it’s as good a hunting cartridge as the 6.5.

Q: How do I determine if I should buy a scope with a first- or second-focal-plane reticle for hunting? —Roy Keaveney, Omaha, Neb.

A: I’ll tell you: Go with second focal plane for hunting. On the plus side with first focal plane, your holdovers don’t change when you shift magnification, and you can use the reticle for ranging at any power. On the minus side, you’ll watch the reticle grow larger as the Xs increase, until you can’t see your target because the reticle is blocking the view. In nonoptical terms, it’s a pain in the ass.

A: Less recoil is always better, but not at the price of ear-shredding noise, which does a fine job of inducing a flinch all by itself. I’ve never used an effective muzzle brake that was not deafening.

Read Next: The Most Expensive Rifles Petzal Has Ever Fired

A: You could populate a good-​size Rocky Mountain state with the elk that have been killed with .30/30s and .25/35s and .35 Remingtons, and all the other now-unfashionable lever actions and their cartridges. You’ll have to sneak up on the elk if you hunt with your 94. This is called “hunting.” You will probably enjoy it.

Q: What’s your take on Euro­peans who start their hunting day with a shot of vodka? —Bill Stoddart, New Haven, Conn.

A: I’ve hunted in Germany and Sweden, where it’s considered OK. I don’t personally recommend a pre-hunt drink, but I have never witnessed a problem with the practice. If you behave unsafely in a European country, where all hunting is done on private property, you will not be invited back, and your hunting days will be over.