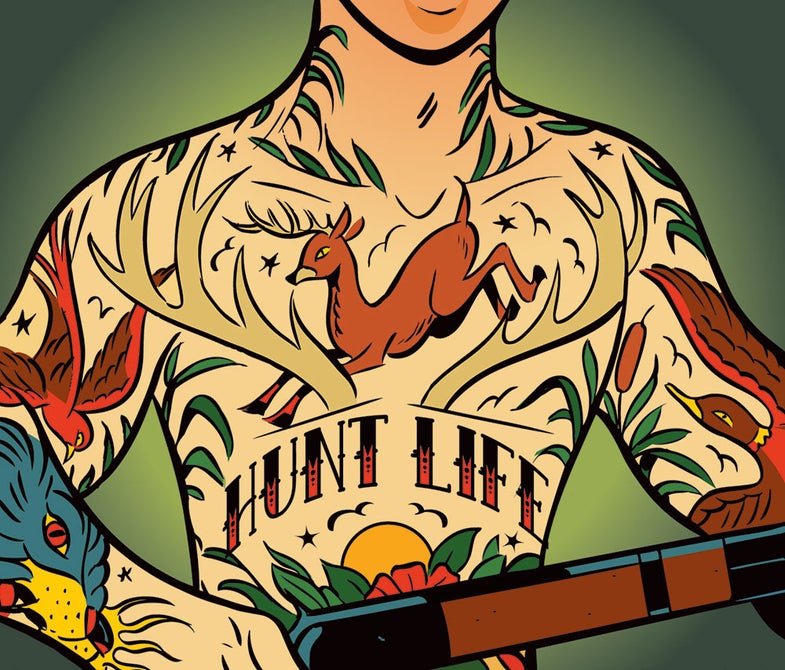 Q: If you were to get a tattoo ­(assuming you don’t already have one), what would it be and where would you put it? —Janine Reveley, St. Louis, Mo.

A: People from the upper stratum of society, such as myself, do not get tattoos. If I had ever shown up in my parents’ home with a tattoo, I would have had to eat it. On the other hand, if I had been a Marine, I might have gotten a small USMC or a globe and anchor on the shoulder, because something like that transcends ­tattoos and propriety.

A: Mild recoil, by far. To hit at long range, you have to shoot with precision, and if you know you’re going to get pounded, it’s hard to do that. On the other hand, you can easily compensate for a rainbow trajectory, especially with today’s rangefinders and scopes.

A: That is a tough question. I assume you mean fiction writers, so I’m going to call it a three-way tie among Glendon Swarthout in The Shootist, Douglas C. Jones in The Court-Martial of George Armstrong Custer, and Charles Portis in True Grit. None of these three writers were “Western” novelists, but they got it right anyway.

Q: Now that I need bifocals, I’m having trouble shooting my Marlin .30/30 with the factory iron sights. I think a scope looks awful on a lever gun, so what are my options? —Jason Barren, Vine Grove, Ky.

A: The object is to cut down on the number of things you have to focus on simultaneously. There are two options. First is a ghost-ring rear sight and a fiber-optic front, with which you focus only on the latter. Or you could get a red-dot sight. I use a Trijicon MRO. It’s very small, works very well, puts everything in one optical plane, and can be mounted on the receiver or barrel.

A: I think they’re a pain in the ass. I can’t lace them tight and get them to stay that way. There is nothing wrong with old-fashioned eyelets. They are, however, old—and that’s why they’re going out of fashion.

Q: With an imperfect rest, should I try to hold the crosshairs on an animal’s vitals or move them into the ­vitals and shoot the second the sight picture is correct? —Adam Hansley, Utica, N.Y.

A: I’ve used the “on the move” technique at 100 yards, and it works if you can get your shooting eye and trigger finger to coordinate with each other. If not, you’re just making life more complicated than it already is, and I’d say use the conventional method.

Got a question for our rifles editor? Send it to ­askpetzal@fieldandstream.com. We cannot guarantee polite answers to all questions.