Ask Phil: Should You Shoot Sporting Clays with Your Hunting Guns? 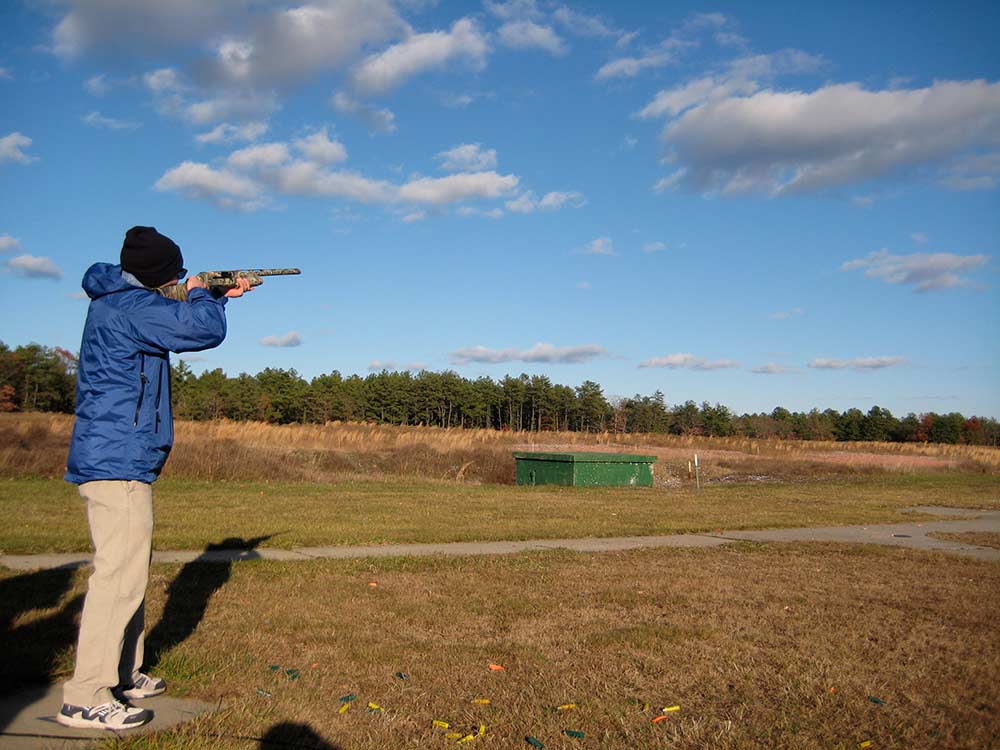 Shooting clays with your game gun in the weeks before hunting season begins makes for good practice. Dylan DiBona/Flickr
SHARE

This question comes from Gun Nut reader Drew: I’ve got a question a few others might have as well. Now that all our wingshooting seasons have closed, I’m back at the gun club and enjoying a steady diet of skeet and sporting clays. I am a bit of a believer in the maxim, “Beware of the man with one gun.” That said, in my last three trips to shoot clays I’ve shot three different guns and left my waterfowl gun, which is my primary game gun, at home. How much of a disservice am I doing myself here? I know of your affinity for target guns and enjoy them myself. But, my primary reason for shooting clays is to improve my wingshooting. I would like your thoughts on how important it is for success on game to practice with your game gun.

“Beware of the shooter with one gun” is a good maxim. I do know two spectacularly good field shots who own only one or two guns. Both had good enough eye-hand coordination to play minor-league baseball. Both hunt a ton, never practice on clay targets, and it’s demoralizing to shoot in a blind next to either one. But, they are exceptions. The way to become a good shot is through target practice.

Ideally, yes, you’d shoot your hunting gun at targets that only simulated shots you take in the field if all you wanted to do was become a better game shot. But, what fun is that? To justify owning target guns, I tell myself the following: Target games are not perfect simulations of hunting. Targets don’t fly exactly the way birds do. They start fast, they slow down, they don’t change direction. They are easier to hit with a target gun and can be tough with a hunting gun—especially a light upland gun.

Year before last, I attended the Ruffed Grouse Society’s National Hunt, where there’s a fun shoot the day before the hunt. One of the stations was a “grouse walk” on a trap field. The trap was set to throw doubles; there were fake trees to shoot through, and you walked toward the trap with a pocketful of shells as they pulled targets. With my hunting gun, I broke about two. I shot it again with my target gun, and if I didn’t run it, I missed maybe one. The point is, trap targets are a lot easier to break with a long, heavy gun. For the hunt, though, I left the 8-plus-pound target gun at the motel because who wants to lug that through the woods?

I do believe that the fundamentals you practice with the target gun (eye on the target, head on the stock) carry over into field shooting; that the “sight pictures” stored in your mind are the same regardless of what gun you shoot; and, most important, that the confidence you gain from shooting better scores with a gun made for a specific discipline carries into the field and makes you a better game shot, too.

I am not one of those who skips sporting clays stations that don’t resemble shots I see in the field. My thinking is, the more different kinds of targets I shoot, the better all-around shot I become. However, I do shoot skeet and sporting clays with a dismounted gun because no one walks around the field with their gun to their shoulder. My skeet scores would be higher if I shot gun up, but they are good enough to keep me happy and confident, and I still get valuable gun-mounting practice.

There’s another factor to consider: recoil. Hunting guns are meant to be shot a few times a day. Some of them will knock you around if you shoot 50 or 100 targets with one unless you buy or load very mild practice ammo. Clay shooting can teach bad habits as well as good ones, and if you’re getting kicked you might start lifting your head, or snatching the gun away from your face. At that point, practice becomes counterproductive.

Probably the best course is to shoot targets with target guns throughout the spring and summer, then switch to hunting guns for clay shooting just before the season starts.