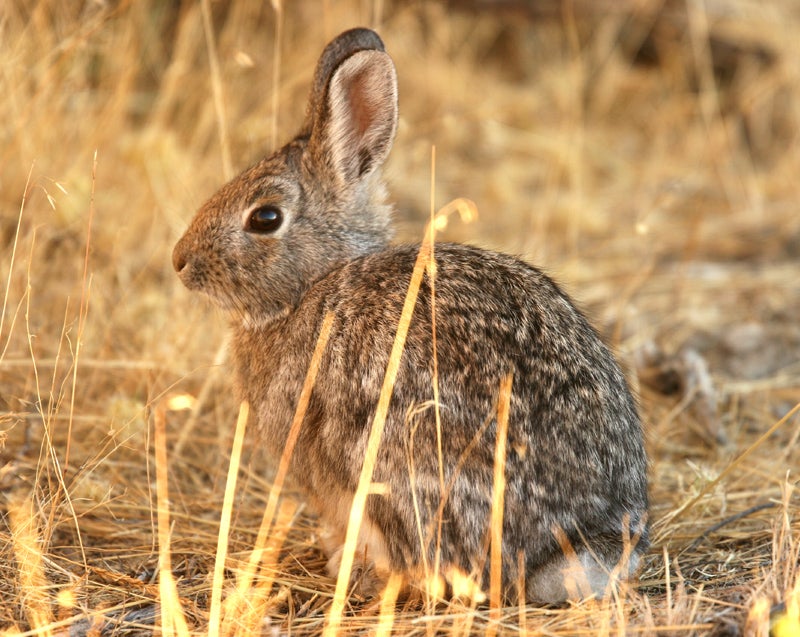 When rabbits bolt, take your time. Get your eye on the critter, and then take the shot. Wikimedia Commons
SHARE

Hi, Phil. I’m one of those effete, urban noobs who has taken up small-game shotgunning so I can cook and eat wild meat, typically with dainty poufs of exotic herbs and French-ified, fruit-based sauces. I’m hoping you can help me ruin a little less of the meat I shoot. What’s the best gauge-shell combination to dispatch cottontails and smaller game birds like grouse and woodcock cleanly, but without turning them into blood stew before I get it home?

The gauge and ammunition part of this answer is easy: Shoot any gauge you want, but choose a light load for it. I am not afraid of blowing up grouse and woodcock with an ounce of shot from a 12 gauge—although for grouse, woodcock, and rabbits, a 20 gauge with 7/8-ounce loads or even a 28 with 3/4-ounce shells probably makes more sense.

Choose an open choke like Improved Cylinder, or even Skeet, so your patterns are open at the close ranges where small game is typically shot.

The real answer, though, is learn to take your time when birds flush or rabbits bolt. New shooters tend to react much too quickly and shoot too soon as if firing in self-defense. Last month, I helped out at a class for effete noob locavores, which included shooting lessons and a preserve pheasant hunt. My group shot two birds, and in both cases the shooters reacted way too fast. One pheasant was neatly decapitated, the other de-winged. Both hit the ground dead and with no loss of edible parts, but had either shot been an inch or two in the wrong direction, both would have exploded leaving very little for the locavores to munch on.

You have to be close to a bird to shoot its head or wing off—like, inside 10 yards before the pattern can spread very far. Even a very open choke doesn’t make much difference at that range. At 15 and 20 yards, it’s a different story. Then the pattern from an open choke will tear up a lot less meat than a tight cluster from a Full choke will.

The only advice I can give is to teach yourself to separate the acts of seeing and shooting. First, you get your eyes on the bird, then you shoot it. There is no reason to move the gun until you know where it has to go. Once you can see it as something other than a blur and have read its angle, you move the gun to it slowly and shoot. A bird flies 40 miles per hour; shot travels over 800 mph. The pellets win that race every time. Ultimately, though, experience in the field, and on clay targets, is the only way to learn patience when birds are on the wing.