As a rule, you don’t want any of them. But trigger creep, at least, is manageable in small amounts 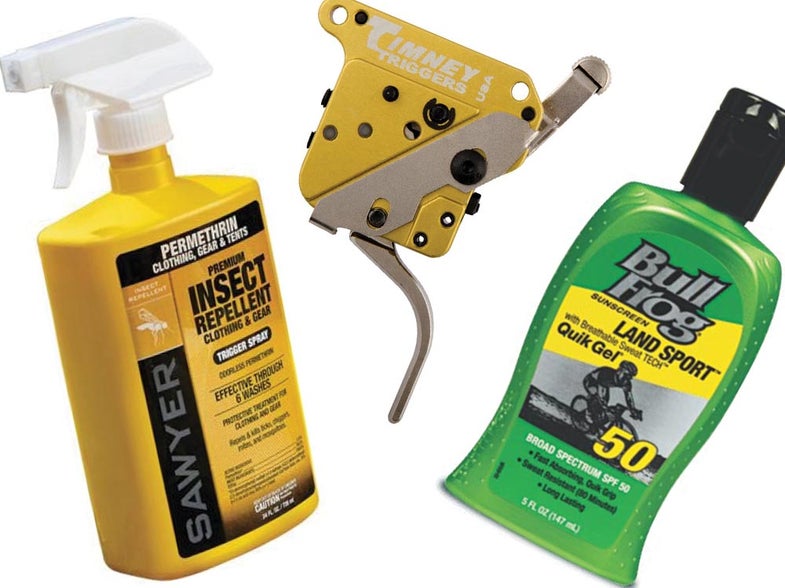 Last weekend I attended a class in how to shoot really, really good. While I was there, a handful of unrelated topics came up that may be worthy of your attention. So here they are, in no particular order.

The guy who taught the class is a High Master, and a national record holder in F-Class competition, and in the course of his class he said something that caused what’s left of my ears to stand up:

“This business about squeezing the trigger so that you’re surprised when the gun goes off is a bunch of crap. Rifle shooting is all about control. You want that rifle to fire at the instant when the sights are where you want them, and no time else.”

The next day I got a reader question asking if he should be troubled by the small bit of creep in his Savage 99 trigger. He shoots the old gun just fine, he added. I replied that I had a couple of competition rifles whose very expensive triggers creep a bit every now and then, and that it doesn’t bother me a bit, since I yank the trigger because I want it to release at the instant when the sights are right where they should be.

This comes with a caution. Most creepy triggers have heavy, draggy pulls and loads of over-travel. If you combine these, then you have something that’s damn near impossible to shoot well. As a general rule, creep is something to avoid if possible. But a clean, crisp let-off with a small amount of creep in front of it should not be a problem.

Before the class, three of us were standing around comparing scars where various skin cancers had been removed. (We are all in our mid-60s, mid-70s, and early 80s, and this is what you do for amusement at those ages.) When we were kids, we went out and got sunburned, and put vinegar on it if it really hurt, and no one gave it a second thought.

Shooters and hunters get lots of sun. If you shoot trap, or prairie dogs, you’ll get parboiled. Wear long sleeves, no matter how hot it is. Get sunblock with an SPF of 50; put it on well in advance, and put on lots and lots. I like BullFrog gel. (However, if you get it in your eyes your shrieks will bring the SWAT team to your front door.) If you’re really smart, get a set of fishermen’s sun gloves. I like the ones made by Outdoor Research. They’re a nice metallic gray that matches my complexion.

According to federal health officials, the number of people infected by fleas, ticks, or mosquitos has tripled since 2004 and there are at least nine diseases that have been newly discovered or introduced here. There are our classic standbys Lyme disease and Zika, and if you live where it’s warm enough, dengue fever. Lyme disease can ruin you for life. The manager of a range at which I used to shoot, a big, strapping guy and a martial arts expert, caught it and was reduced to a shell of what he was. He never came back to his former self.

The best prevention against bug bites that I know of is Sawyer Labs Permanone Permethrin. It’s a spray that goes on your clothes, not your skin. It’s odorless when dry, lasts up to six weeks through repeated washings, and kills ticks on contact. It also repels mosquitos. I buy the big yellow pump bottle at Cabela’s for $60, and would spend a lot more than that if I had to. The stuff works, no doubt about it. The directions say not to saturate your clothes, but I lay it on with a heavy hand because that makes me happy.

Spray it on your shoes and socks especially, and any place on your shirt and pants where parasites can gain access. If you’re lucky, you’ll get to see a tick crawl onto Permanone. Their front ends rear up in the air and shortly thereafter they die, hopefully in agony.

I’ve used it in the south Texas brush country, and in Africa, both of which are Tick Central, and never gotten a single bite. On one occasion, in the Lone Star State, I compared ticks at the end of the day with the fellow who shared my cabin. I had no ticks. He had 70 on him.