F&S picks the coolest, most radical new guns at SHOT Show this year

Every year at SHOT Show we see news guns that offer a level of wickedness or a cool factor never before seen. For 2017, the list of contenders in this category was so long that we are going to stick to the seven we actually put hands on. Some we didn’t want to let go of; others we were almost afraid to touch. Here they are.

With a name that makes you think of a Soviet armored fighting vehicle, Bergara’s new B14 Series BMP Chassis Rifle is ready for ringing steel at distance. BMP stands for Bergara Match Precision, and the rifle’s main chassis is machined from 7075 T6 aluminum and incorporates both QD swivel attachments and Magpul M-LOK slots. The action is silky, the #5-contour barrel is interchangeable, and the magazine well is designed to be used as a support brace. The BMP is available in .308 Winchester and 6.5 Creedmoor and comes with a sub-MOA guarantee. It weighs 10.5 pounds, and you’ll pay only $1700 for each one of them. Bergara USA

Built to be one of the smallest and lightest tools in the worldwide war on terror, the CZ’s Bren 2 is a military- and law-enforcement-only firearm. But just because the average Joe can’t own one doesn’t make it any less wicked. An ultra-short gas system allows this submachine gun to work perfectly with barrels as squat as 8 inches, even when suppressed. The Bren 2 is chambered for the 5.56 NATO cartridge, has a practical rate of fire of 850 rounds per minute, a 30-round capacity, and weighs 7.52 pounds. It really does not matter how much it costs, unless you work for the government—and the price of anything does not matter to the government. CZ USA

This is a semi-automatic version of the M249 SAW light machine gun. If you have served your country in uniform as a grunt or a Marine in the last 20 years, you have probably fired a SAW. If you were in combat firing a SAW, you were probably smiling. (And the enemy was not.) The M249S has an 18.5-inch cold-hammer-forged, chrome-lined barrel, and it operates from the closed-bolt position. Chambered for the 5.56 NATO, the rifle will accept a magazine or a linked ammunition belt. Unlike the CZ Bren 2, you can buy the FN M249S at your favorite firearms emporium. It weighs 16 pounds, and at about $8.500, it costs as much as a decent used pickup, but is twice as fantastic. FN America

RELATED: The Best Guns and Gear of SHOT Show 2017

The 590 Shockwave is an ATF-approved shotgun with a 14-inch barrel and an overall length of only 26 inches. This cylinder-bore 12 gauge is built on the 590 action and features a raptor grip and corncob forend, with a strap. Bottom line: the Shockwave is a whole lot of close-quarters shotgun nastiness in a compact package. Keep one in your trunk for terrorist interdiction, another in your home for skunks and such, and one on your ATV for running and gunning wild hogs. With a suggested retail of $455, it’s by far the most affordable wickedness on our list. Mossberg

When you pick up the Super Sport and pull the trigger—with visions of Blade Runner dancing in your head—you know instantly that you are shooting the ultimate match-grade revolver, or at least one of. Imported from Germany, the Super Sport has a Lothar Walther cold-forged polygon barrel, comes with Picatinny rails for red-dot sights and lasers, and the .38 Spl./357 Mag. cylinder can be removed quickly for cleaning, and replaced with one in 9mm Luger. You can buy an ATV for less than what this pistol costs, but it probably wouldn’t be as much fun. MSRP is $4,800. Night Hawk Custom

The VAC (Vanguard Adaptive Composite) from Weatherby is available in .223 Remington, 6.5 Creedmoor, or .308 Winchester. Built on the renowned Vanguard action, the rifle features a composite target stock with the company’s Speedlock system, which lets you quickly adjust and lock in both the length of pull and the height of the comb. The rifle has a 20-inch threaded barrel, weighs 8.75 pounds, comes with a sub-MOA guarantee, and retails for $1,269. All-in-all, it’s a slick-looking suppressed package of awesomeness. Weatherby 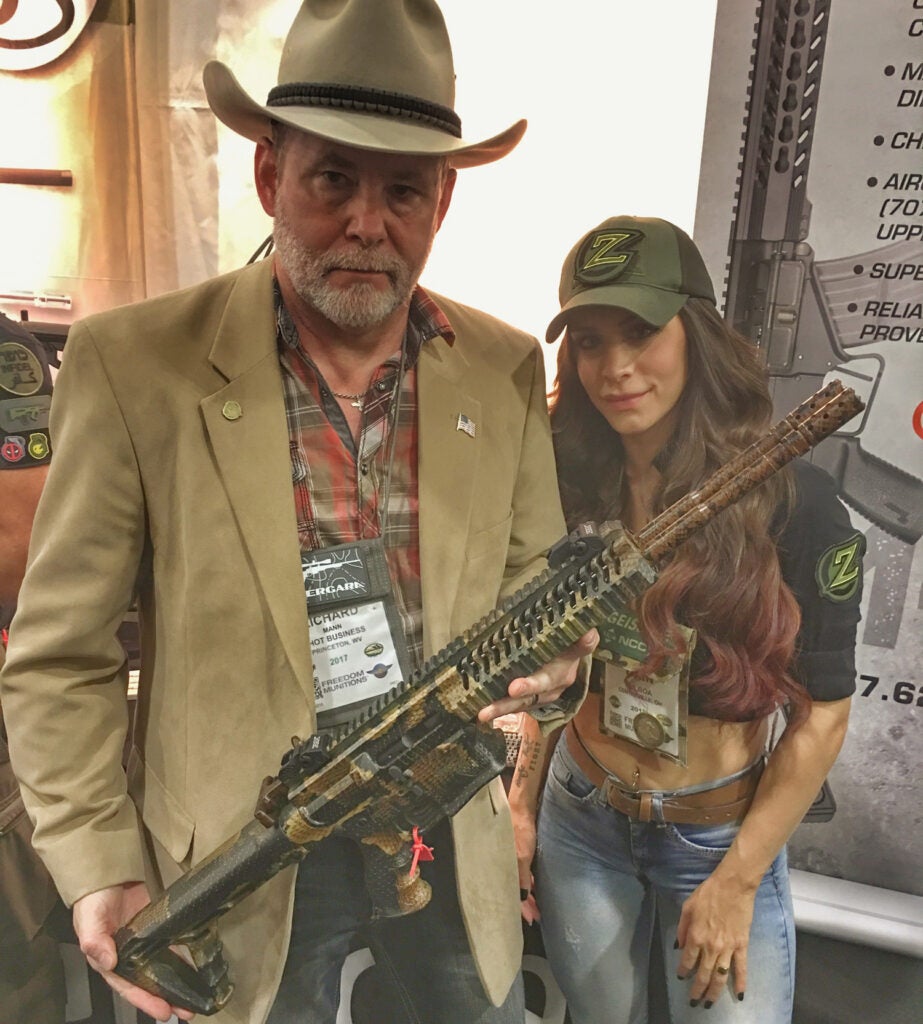 A firearm can be both radical and practical. The Gilboa Snake is beyond radical, and its cool factor is off the charts. But if you take it on to the practicality train, you’ll not get out of the station. You will, however, have a bundle of fun shooting it. I really do not know what the Snake costs because they would not tell me and their website is broken. What I can say is that this is essentially two AR 15s welded together. (Yes, it’s a double-barrel AR 15.) It operates from two 30-round magazines, and ejects to the right and the left. If it’s important to you to own the raddest gun of the 2017 SHOT Show, give Gilboa a call. Gilboa

Correction: This post originally misstated the price of the Bergara B14 BMP. We regret the error.