Quartering away at 90 yards, the pig had no idea I was there. I had stumbled upon him heading into... 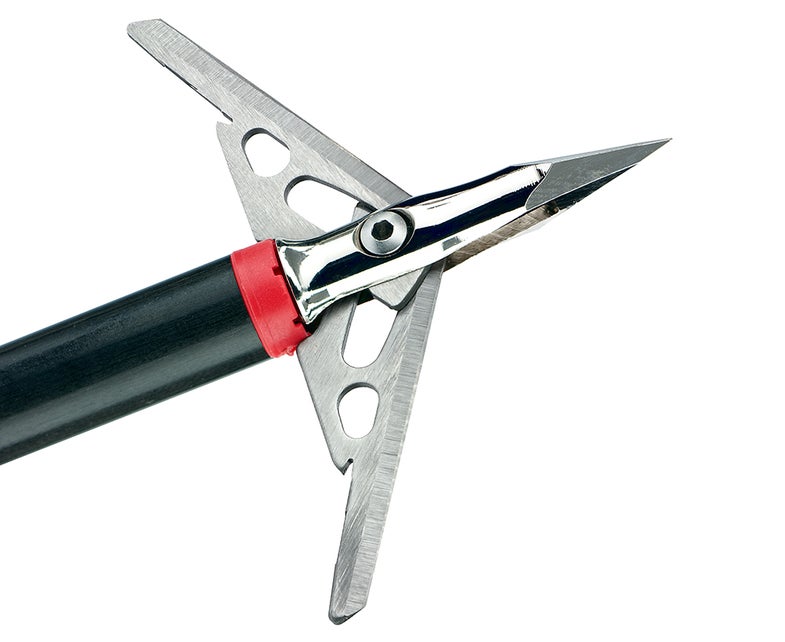 Quartering away at 90 yards, the pig had no idea I was there. I had stumbled upon him heading into my morning stand. Wind in my face, I made a fast crawl to 35 yards, sat up, propped the crossbow on my knee, and plugged him. The adrenaline was running high from the stalk and I pulled the shot left. The pig ran about 20 yards and tipped over dead. The damage from the 125-grain Rage Hypodermic Crossbow head was absolutely devastating. The bolt, unfortunately, hit the pig farther back than I had hoped. It entered in the guts low, just before the crease of hindquarter, and the 2-inch blades expanded, cutting the underside clean open, bisecting the animal lengthwise and passing through the opposite shoulder.

I haven’t seen anything like it before or since. It made me an instant believer in expandable heads from high-velocity crossbows. I’ve always had mixed feelings about mechanicals, frankly, and have always shot fixed-blades from my compound bows, but I wouldn’t hesitate to shoot this new Rage Hypodermic on a crossbow hunt, no matter the animal.

The new boadheads are designed to match the dimensions of standard crossbow arrow inserts. Rage promises its shock collar (which holds the blades in place during flight) will retain and deploy the blades properly even with crossbows slinging arrows faster than 400 fps. They are offered in 125 grains or 100 grains and a 3-pack (plus practice head) runs $45. Buy It Now.