The 10 Best Bird Hunting Inventions of My Lifetime

From realistic decoys to warmer gear, these hunting products were all game-changers 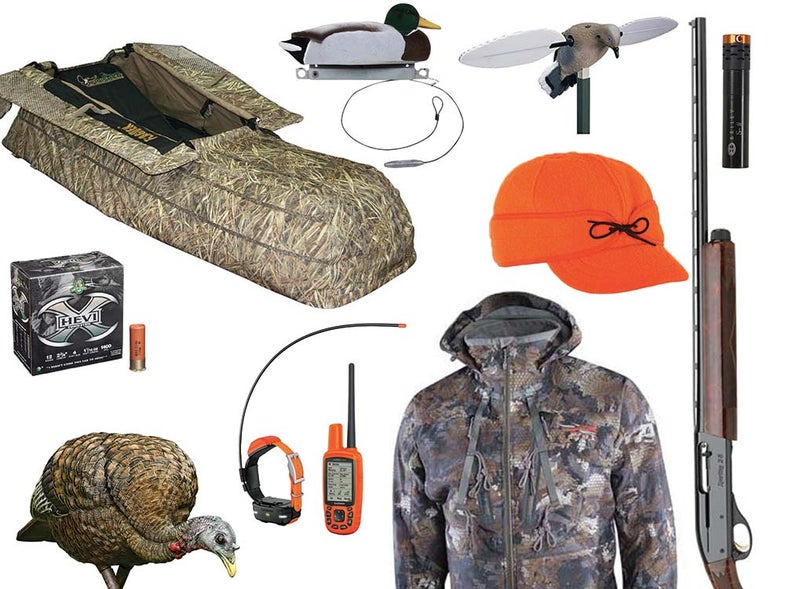 People send me stuff. It’s a perk of the job. I get a lot of waterfowling, turkey hunting, and upland gear to try out. Some of it is great, and some is junk but there is always more of it. We have more stuff at our disposal now, probably, than any hunters ever. Most of it I would trade to have the numbers of pheasants and quail my dad knew, and the easy access he had to them, but some of the gear invented in my lifetime (which began in 1958) is very good, and I’m glad we don’t have to hunt without it. Here’s my top 10—for you to comment on, agree with, argue with, or ridicule. I am also eager to see your suggestions and/or lists.

Spinners rank tenth, because I both love and hate them. Originally derived from some kind of toy or yard decoration, spinning wing decoys mesmerized ducks when they came out around 2000. Although they have lost some of their effectiveness, they still have a place. I am trying to wean myself away from them over water except for during teal season, because I just don’t like them very much. On the plus side, however, doves decoy to them beautifully, and that makes dove hunting even more fun than it already is. Also, spinners are about the only way to get ducks to finish over field decoys.

Ten years ago, tungsten shot would have ranked a lot higher on this list, but the rising cost of tungsten prices the stuff out of range of all but turkey hunters and wealthy waterfowlers, so it has fallen several places. Tungsten shot is more effective than lead and it improved shotgun performance to previously unimagined levels. It still works for turkey hunters, who happily paid $6 to $10 per shell for tungsten super shot this spring, but even regular HeviShot and the like has become too expensive for most wingshooting.

There used to be an alternative to digging a pit. It was lying on the cold ground under a piece of burlap or a shell decoy. Layout blinds, when they came along in the ’90s, meant you could hide almost anywhere in comfort. They made field hunters mobile, and mobility is the key.

Effective, portable decoys have changed turkey hunting. The Feather Flex decoys hit the market in the 1990s started the revolution, and now we’ve got incredibly lifelike hen, jake, and gobbler decoys that speak every word of turkey body language from, “Hello, sailor,” to, “Wanna go?” Where you used to call and make the turkey look for you, now you call it close enough to see the decoys and let them do the rest. You could argue that pop-up blinds have changed turkey hunting even more by making it possible for even the most fidgety hunters to hide from turkeys anywhere, but I don’t like hunting out of them—and this is my list, so it’s decoys.

With a loop on one end and an egg-sinker on the other and a decoy free to slide up and down the 400-pound-test mono line, Texas-rigged decoys pick up in no time, so it’s easy to move to the spot where the ducks want to be. They don’t tangle, and, as a bonus, you can handle them without getting cold, wet hands, which matters a lot at the end of a late-season day. It’s hard to imagine going back to wrapping lines around keels and strap weights around decoy necks.

In 1964, the Remington 1100 changed hunting and target shooting. There had been gas semiautos before, but none that worked reliably. The 1100 kicked softly, fit almost everyone (a narrow comb, IMO, was its secret), and it worked. It dominated skeet shooting almost immediately and became one of the most popular hunting guns ever. John Browning may have invented the semiautomatic shotgun, but Wayne Leek and the Remington design team made us into a nation of semiauto shooters. Since then, gas guns have evolved to become even more versatile, reliable, and popular.

Check cords, guns loaded with rock salt, and futile screaming used to be the only way to correct dogs at long range. E-collars, particularly the kind that come with a GPS locator, allow dog owners to correct their dog at a distance with a push of a button and keep track of it, too. Dogs are safer and better behaved as a result of humanely used e-collars. The collars we have today are also far more reliable than the ones I started using in the late ’80s and early ’90s, which broke down constantly.

Screw-in chokes became widely available in the mid-1980s. Not only did they decouple barrel length and choke (used to be you could buy short open choked barrels or long, tightly choked barrels; it was hard to find anything else), but they made any gun more versatile. Screw-in chokes also ushered in an era of experimentation among choke makers leading to inventions like turkey chokes, wad-stripping chokes, and extended tubes, all of which have improved shotgun performance.

Gore-Tex, invented in 1969, and other, similar membranes keep water out, yet breathe, giving us waterproof comfort that can be made into anything from boots to hats to waders. Throw in a lining of Thinsulate or any of the other miracle fillers and you’ve got warm, waterproof clothing our grandfathers would have killed for. (Neoprene waders get honorable mention here, although they are not breathable, they are warm and were light years ahead of rubber waders, which were bulky, leaky, clammy and quick to wear out.)

Blaze orange was introduced in the early 1960s. Field & Stream, in fact, published the first known story about it, “Hunter Orange — Your Shield for Safety,” in 1960 by longtime F&S contributor Frank Woolner, whose brother, John, was part of some of the first blaze-orange studies. Who knows how many “mistaken for game” shootings hunter orange has prevented in 58 years? It has made hunting much safer, and that earns it the top spot as the most important hunting invention of my lifetime.