This might sound crazy, but standing up and shooting can be the most effective way to kill a gobbler 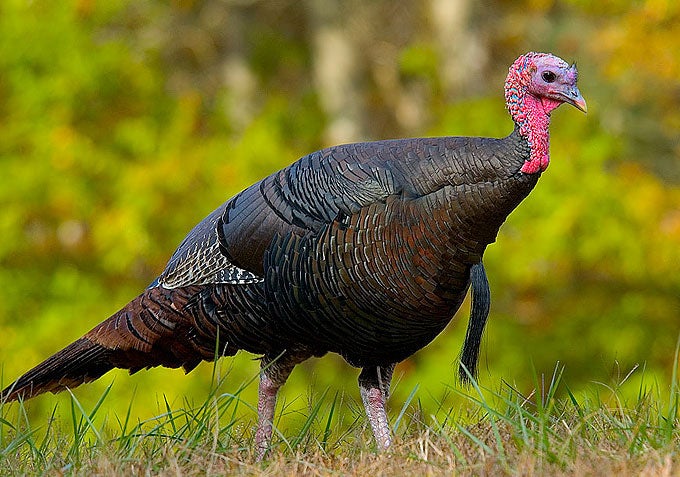 The turkey gobbled just over a rise for two hours. He couldn’t have been 30 yards away, but we never saw him.

I’ve heard that hard-luck story a lot, and I’ve lived it too. The solution that never occurs to 99 percent of us is simple: Stand up and shoot the turkey.

Ray Eye taught me that lesson years ago on a hunt in Illinois. I had tagged my tom first thing, and was following Ray around the woods as we looked for a bird for him. We spotted two gobblers in a field. I was able to crawl out and set a pair of decoys, and we sat just inside the treeline. The birds came in such that there was a large bush blocking Eye’s shot as the birds looked at the decoys from the edge of gun range. The gobblers started to mill in that way of nervous turkeys thinking about leaving.

Ray stood up and walked three or four steps so he could get a clear shot around the bush. Hearing his footsteps in the leaves, the turkeys assumed it was a really big hen and popped into strut. Ray waited for one to stick its head up and shot it.

If Ray had simply levitated and shot the bird, I don’t think I could have been any more astonished. Standing up and shooting a turkey ran contrary to everything I thought I knew about turkey hunting at the time. It had been drilled into me from the beginning that turkeys were paranoid and the slightest twitch of motion would send them running.

On our way to the check station, he told me he had stood up to shoot turkeys many times. Usually, he said, it was on those occasions where a bird was hammering just over a little rise, maybe giving a glimpse of its fan every once in a while but never coming closer.

“You don’t have to stand up in a hurry,” he said. “Stand up, be smooth, and shoot the turkey. Usually they’ll look at you for a second before they start running and you’ve got time to make the shot.”

If you don’t think you can stand up and shoot undetected, you can always hunt standing up, if the situation warrants. Will Primos, I believe, often stands next to a tree instead of sitting against the trunk, especially in later in the season when the underbrush leafs out and he can’t see well down at ground level.

Turkey hunting is usually a seat of the pants affair, but sometimes you’ve got to stand and deliver.