WE CRASH A GAR PARTY

We left Greenville planning to chase flatheads in the Yazoo River, near where it hits the Mississippi, which is just... 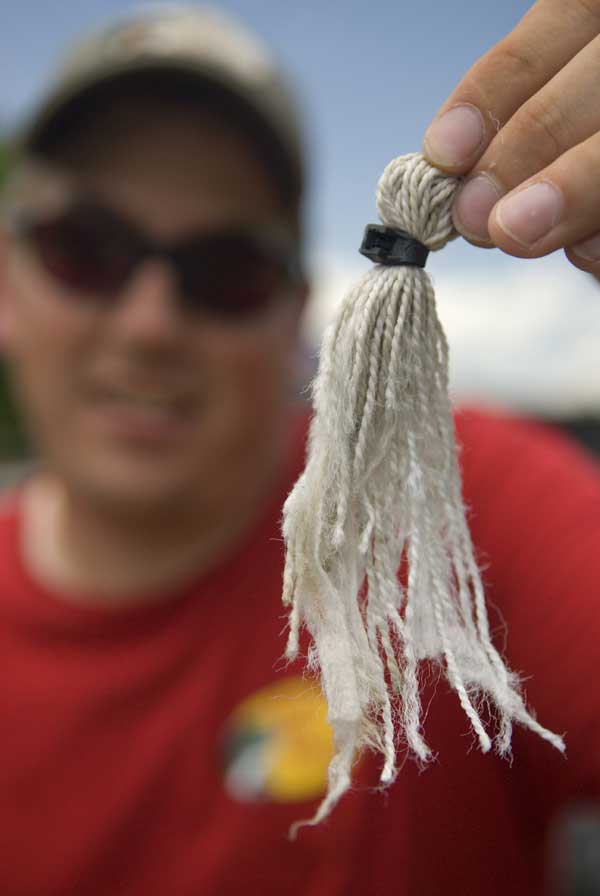 We left Greenville planning to chase flatheads in the Yazoo River, near where it hits the Mississippi, which is just north of Vicksburg. But on the way there we got sidetracked by an enormous school of gar.

We were crossing Steele Bayou (a canal that looks like a river) when Tim bolted from his seat and stuck his body out the window, trying see over the edge of the bridge. “Dude! Dude! Look at that!” He said. “Pull over! Pull over!”

When Tim gets excited like this it generally means he’s seen something good (or that he has go to the bathroom), so I hit the brakes and parked by the side of the road. We walked back to the bridge, stopped about halfway across, and looked over the railing. Upstream about a quarter mile away we could see a low dam. From just behind it to far downstream of where we stood, thousands of happy gar were rolling and porpoising high in the current, chasing each other and otherwise splashing around. We think they were spawning.

Now most folks don’t like gar. They’re ugly critters with lots of teeth that steal bait and eat juvenile gamefish. But they look to me like great fun on light tackle, and I’ve always wanted to catch one. All trip Tim and I kept running into these fish, and would cast at their faces every time, trying to hook them on spinnerbaits or crankbaits or whatever else we had on. Nothing seemed to work. But we’d never seen a concentration like this, so we said to hell with the flatheads and went back to the truck to figure out what we’d been doing wrong.

To catch these gar we faced three problems. The first was that we didn’t know what kind of bait to use. One thing we’d both heard, but never tried, was to use a short length of rope as a lure. In the water the rope looks a bit like a minnow, and if a gar bites is supposed to trap the fish’s teeth in its fibers. So we cut off a piece of deck line, frayed it with a knife, then used one of the zip ties Tim keeps in his bottomless camera bag to bend a head on the thing. When it was done, I threw it into a utility box and moved on to problem two.

This was that we couldn’t see any place to put our boat in the water, and it looked mighty tricky to land a gar from that bridge. The railing over where they were schooling was at least 20 feet off the surface, and we were using light spinning gear. And some of those gar were huge. Tim swears he saw one at least six feet long. The only thing I could think to do was inflate one of the bellyboats we’d brought along, so we pulled one out of the back of the truck and set it up by the side of the road.

Which brings me to problem three. Steele Bayou looks like prime habitat for creatures with teeth. It’s surrounded by a swamp, through which I had to trudge before I could even get to the moving water. The river runs full of mud, so you can’t see whatever might be down there looking up at you. And the banks are covered in duckweed, perfect camouflage for angry snakes and hungry alligators. And then there was the fact that I’d be hanging bare legs in a school of seriously carnivorous fish.

But good stories get boring fast when you don’t push the envelope, so I strapped on some flippers, grabbed my rod, and threw the bellyboat over my shoulder, then trudged down through the muck to the river. Tim, who camped out safely on the bridge with his camera so he could shoot interesting angles of me getting bitten, saw me kick at least one snake from the weeds when I was finning away from the bank, but I made it out with body parts intact and set up in a seam above him, on the edge of the main current, where I could maintain my position without having to work the flippers too hard.

I tried the rope first. The gar loved it. I cast it out and across the current and brought it back slowly with my rod tip high, letting it swing in front of their faces. The lure got smacked every time. Up on the bridge Tim’s voice kept cracking. “Dude! He’s got it! He’s got it! Oh! He ate it! Dude! Another one! Dude!” He made so much noise I’m surprised he had time to take the photo below. But we must have been using the wrong kind of rope, because it didn’t stick in their teeth as we’d heard it should, and I couldn’t get anything to stay on the line.

Things got interesting when I decided to tie on something with hooks. I chose an in-line spinner from the box I’d brought and on the first cast caught the little gar shown here.

I spent the rest of the afternoon slamming fish after fish. They fought each other for the chance to hit that spinner. Hooking them was tough, because they’ve got such narrow, bony mouths, but when five gar attack your lure on every cast, one of them’s going to get stuck.

This was so much fun that I stopped looking around for snakes and gators. I even stopped getting freaked out when the gar swimming around me would brush against my legs. But I did have two close calls. The first was when I hooked one of the big ones and it pulled me out into the main current before wrapping my line around a piling and breaking off. It took me five minutes just to kick back to the side of the river, and by then I’d been carried so far downstream that it took another 30 just to get back to the bridge.

The second happened when I was releasing a small gar. It takes some doing to get a hook out of one’s mouth; they flop around with great energy when they see your hand coming, and you don’t want to get too close to their teeth. I had to lift this gar out of the water by the hook, using pliers, then give it a good shake to pull the barb out. The fish popped off, but when it dropped in the water it swam up one leg of my shorts.

I don’t know much about the laws of physics, but I think I broke a few when I levitated out of that bellyboat, trying to bat the fish out of my pants before it latched on to anything important. I don’t know how I held on to my fishing rod. Tim says I was screaming like a little girl.

Now I’m babying a horrible sunburn on the tops of my thighs. I smell terrible, and my tired legs are covered in drying spawn. But I don’t care what anyone says. Catching gar is fun.