A Sportsman’s Life: My Spring Awakening

Here's how I really feel about turkey hunting 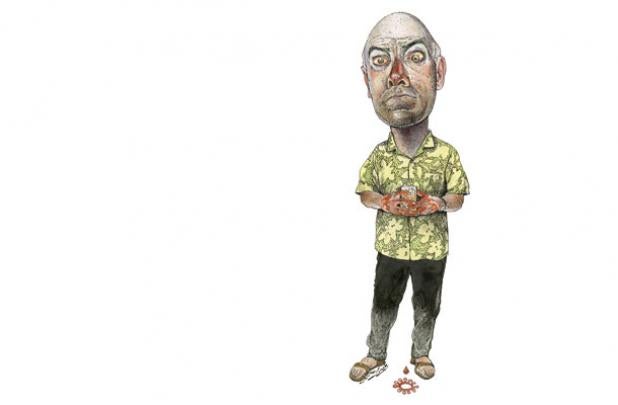 fter more than 20 years of being a half-assed turkey hunter, I realize I don’t enjoy it that much. This is heresy for an outdoor writer, who is supposed to be crazy about every kind of fishing or hunting, which no one is. Coming out has been daunting, but the estimated 16 to 22 other American hunters who feel the same way at least know they’re not alone. They are in the company of a guy who doesn’t like tons of things—­hemorrhoids, clicking on a 20-second video that requires you to watch a 45-second ad first, and other people’s photos in which I do or do not appear.

What follows is a short list of things I dislike about turkey hunting:

• Being told, constantly, the birds “aren’t smart.” Maybe not. But then why—unless bent on suicide, which is rare in the wild—are they so hard to kill?

• Mosquitoes. Turkey hunters are presumed to be so stoic that we don’t mind an insect stabbing its proboscis between our eyes for a nice blood smoothie. There are actually six parts to that snout: two little saws open you up, two hold the wound open, one pokes around for a good blood vessel and sucks your blood, and one injects chemicals to make the blood flow faster. To increase the mosquito’s holding capacity, she (only females bite, a subject best avoided these days) separates blood from water as she eats and poops the latter out her butt.

• Sleep deprivation. On a recent hunt in Upstate New York, legal shooting began at 5:28. After factoring in the need to be in position 30 minutes before that, time to crawl into position, and drive time, we were rising at 3:30. That left all of 13 minutes to make coffee, eat, dress, and panic because you can’t find the stuff you meant to organize last night but were too tired to. A truly hardcore turkey hunter doesn’t mind. If, however, you need a certain amount of sleep just to remember to undo your zipper before peeing at the 7-Eleven, you mind very much.

• Sitting in the light of rosy-fingered dawn is indeed glorious. Two hours later, with numb limbs and a soggy bottom, the glory fades a tad. And then the birds fly down and go the opposite direction they should because they’re so damn dumb.

• Ticks. These tiny bloodsuckers are beloved of Satan. Especially in the spring, when they’re about the size of sand grains. To ticks, turkey season is like Cancun on spring break. The woods are an open bar of immobile 3,000-ounce bags of Red Bull. According to the CDC, ticks carry at least 16 diseases, running from the really nasty to the potentially fatal. The latest, discovered in 2014, is the Bourbon virus. An otherwise healthy 50-year-old farmer from Bourbon County, Kansas, who had a bunch of tick bites, was the first to be diagnosed with the previously unknown virus. The guy was dead from multiple organ failure within 11 days of the onset of symptoms.

• Earlier this year, I got home from an Arkansas hunt with more than a dozen bites, including two on each side of an aperture in my solid-waste disposal system—which, frankly, seemed a bit presumptuous. My doctor gave me a single 200 mg dose of doxycycline, which the CDC says—with almost lawyerly vagueness—“can” prevent Lyme disease. Not that it “does.” Sleep well!

• Turkey vests. I now carry a two-pocket briefcase because my nine-pocket “good” one caused me to delay airport security lines while I looked for the docu­ments I had carefully stowed in it five minutes earlier. My turkey vest has 14 pockets. It can take me three to five minutes just to locate my shells after leaving the truck, by which time many a long-suffering companion has left me behind. Heck, I wouldn’t wait for me either.

My latest hunt was with certified turkey maniac and F&S executive editor Dave Hurteau up near the New York–Canada border. On the second morning, we set up against a rock, close to half a dozen roosting gobblers. They eventually flew down and walked behind us. The next day, we hit the same spot but split up. Dave crawled in close to a strutting area, while I had a good view of the path they’d walked the day before. I hit a box call just often enough to let them know I was there.

Around 7:30, a blue-headed, red-­wattled bird with a 9-inch beard came bobbling down the trail. As the smoke cleared, I ran 35 yards to the flopping bird, at which point he took off, wounded but covering ground. It took me a full minute to find where I’d shot from to retrieve my gun, but I caught up with and finished off that bird. It was the first turkey I’d called in solo. I’ve been on any number of “baby in the car seat” hunts in which my job was to squeeze my right index finger when prompted, then pose triumphantly with the bird as if I’d bested it mano a turko.

Dave appeared, high-fived and hugged me, eyes lit up at my victory.

“Absolutely!” I said. In truth, I was delaminating from sleep deprivation and probably couldn’t have told you my own name. But you can only take one bird a day in New York, which meant that I would be back in bed by 8:30 a.m. I was totally pumped about that.