Ten gifts for the sportsmen in your life. Or me. Preferably me 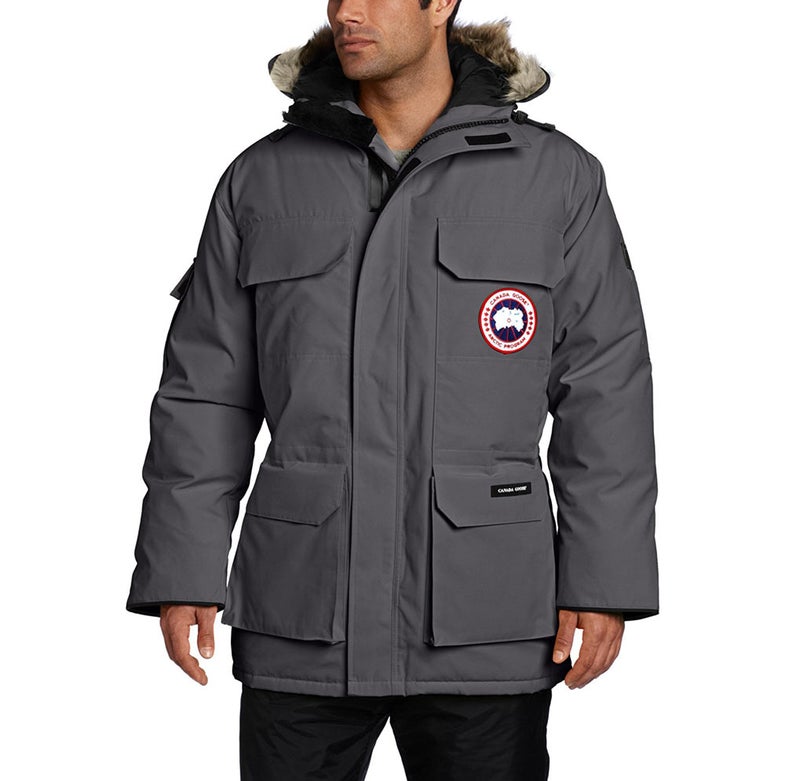 It’s Christmastime, the season of getting. And, while I am as covetous and grasping a soul as you’re likely to encounter, I also know that there will come a day when each of us will face the Man with the Clipboard. He will ask what acts—if any—we can cite to weigh against our otherwise profoundly self-centered time on earth. And right now, about the only noble thing I’ve done is that I’ve put several children onto their first bluegill. If you have ever doubted our innate hardwiring as predators, watch the joyous neural explosion of any child pulling that first fish up from mysterious waters. So, the first thing on my list of stuff is…

Take a kid you don’t know—some kid hanging around a boat launch or a campground or a single mom’s kid—and help that kid catch his or her first fish. I guarantee that the child will never forget it. And I’m pretty certain that God approves of this sort of thing.

Okay, moving on, let’s talk about me.

The first two items on the list make up a convention hotel fountain/restaurant fish-tank spinning outfit. I went to the NWTF Convention at the Gaylord Opryland Resort and Convention Center in Nashville one year and realized that the extensive fountains stocked with big, colorful carp are one of the most overlooked year-round fisheries in the country. There are smaller versions at resorts all over this great land. With a stealthy little spinning outfit, a guy could tie into a monster in a pleasant, indoor environment.

This 2-foot-6-inch telescoping rod from Shakespeare would be ideal. Closed, it looks to be about 10 inches long, the size of a long pencil. I’d pair this with the Bass Pro Shops TinyLite Spinning Reel, a little jewel of a thing that fits in the palm of your hand, weighs 5.2 oz. has a titanium body, and pulls in 22 inches of line per turn, which is plenty in any convention center or restaurant with a fish tank. It features a two-bearing system, die-cast gears, and selective silent anti-reverse, perfect for a tilapia with more spunk than you’d expected. Match this with 2-pound line and a 1-inch grub on a 1/16 jighead, and you’ve got yourself literal minutes of angling fun before you are escorted to the door. I figure a good fishing experience is worth it.

Nuclear winter is as likely a scenario as global warming. One good nuclear exchange would make the sun go bye-bye for years. When that happens, warm, durable parkas will be in short supply. The Canada Goose Citadel is just the ticket. Founded in a small warehouse in Toronto in 1957, Canada Goose makes parkas that have become the standard for everyone from polar explorers to Everest climbers and film crews working in extreme environments. The Citadel is not even one of their most expensive coats, but it gets the job done. It features white duck down with a fill power rating 625, an 85-15 polyester-cotton shell, cargo pockets, and two other key features. One is real coyote trim on the hood. Until I spent some time in Alaska at 30 below, I thought such things were window dressing. No more. And faux fur—if you think about it, there’s no such thing—can’t hold a candle to the real thing. The other important thing is that if the front zipper fails, which can happen in extreme cold, you can button the thing. Is it pricey? Sure. Am I worth it? Hell, yes.

I own a Fallkniven F1, and it’s such a superb knife that what I want is another one with a slightly longer blade (the NL4’s is 5.1 inches; the F1’s is 3.8 inches). You know, in case I ever need to stab a polar bear. The stacked ox-hide leather handle and leather sheath are not my first preference, but I could get past that. The blade edge is VG10, while the sides are tough, stainless 420J2 steel. The results, says Fallkniven, is a blade that combines resilience, resistance to torque, and edge durability. I don’t know about all that, but I’m inclined to trust these folks, a family-run company started in Norbotten, Sweden, in 1984. For one thing, they’re all hunters and anglers. Their knives are models of restraint, nothing there for ornamentation or to look cool. And don’t be a steel snob. There are people who say they don’t like VG10 in a bush knife because it dulls faster than other steels. But, as I’ve found out in recent years from hanging out with master smiths like J.R. Cook and Jerry Fisk, it’s not all about the steel. At least as important is how well a given maker knows how to temper that steel. My F1 is VG10 and stays sharp longer than any other VG10 knife I own. $338.98 is a boatload of dough. But don’t use it as a pry bar or to slice barbed wire, and it will last for generations.

This just looks like a great, lightweight (7.2-ounce) spinning reel for smallmouths, holding 110 yards of 6-pound mono or 150 of 6-pound braid. I, personally, can’t have enough of such reels, in part because of my tendency to capsize canoes. I don’t know what half the specs mean—I’m starting to think their chief function is to hypnotize you into buying anything these days—but they hypnotize nonetheless. I’m talking about the 11 HPCR bearings, IM-C6 carbon body, C6 carbon rotor (I actually might not be able to tell IM-C6 and regular C6 apart, but please don’t spread that around), slow oscillation for even line lay, aircraft-grade aluminum main shaft, Carbon Matrix drag, etc. I do see that five of six reviewers gave it 5 stars, including a guy fishing inlet rivers in Maine who kept hooking pike of 40 inches and above, which the reel’s drag handled with ease, even on 6-pound test. That dude’s buying another. That’s enough praise for me to think I should have at least one.

These just may be be the only intelligent thing on this Christmas list, as well as the best deal going in outdoor socks. They’re $12 a pair (okay, $11.99) and have a 4.8 out of 5 stars from 789 reviewers. That level of interest and approval in itself is astounding. But so is the deal: Buy a pair, and if they wear out, Bass Pro will replace them free—no questions asked, no receipt needed. Who does that? I’ll tell you. Nobody.

Here’s an even more remarkable thing. One reviewer said he bought a pair 10 years ago and that his replacements “…ARE THE EXACT SAME SOCKS.” Almost nobody has a successful product for a decade without succumbing to the temptation to cut a corner or two. And the socks themselves are an eminently sensible, durable blend. One hundred percent wool, nice as it is, ain’t that durable. But cut the wool percentage to 81, throw in 17 percent stretch nylon and 2 percent spandex, and you’ve got something that will take a licking and keep on ticking. I’d wear these things year-round. Yep, even in the summer. The wicking properties of wool and synthetics are such that they keep your feet cooler than cotton. I’m a size L, by the way.

If I could only have one knife-sharpening system, this would be it. You can sharpen any blade—regardless of length, width up to 3½ inches, serrated or plain, recurves, tantos, you name it—to the precise angle you select. Look, even the best factory knives, like Spyderco, Benchmade, Wusthof, etc., often come out of the box dull, with uneven bevels, or with 45- to 50-degree angles inclusive. Sure, you can cut with something at that angle. But if you’re paying for a good-quality knife, why not sharpen to 30 degrees and get the performance you’re paying for?

Even a beginner can get great results with this system. It uses water stones, which means it’s a little messier than, other sharpening systems, but it’s also much more versatile. The stones range in grit from coarse to ultrafine, and polish “tapes” that go to whatever’s beyond ultrafine, like 2,000- and 3,000-grit. It has a ceramic hone with a plastic sleeve to keep it from getting nicks. (Ever see somebody’s expensive Wusthof hone thrown in a drawer of other utensils like it’s just a hammer or something? That sucker gets nicked. Then, when you use it, your blade gets nicked. But people don’t seem to realize this.) The whole kit folds up into a nifty little carrying bag. I have taken this thing to dinner parties and sharpened my host’s knives in lieu of bringing a bottle of wine. Some of the guests look at me funny, but people have looked at me funny all my life. Besides, by the end of the night, whoever does the cooking has taken me aside to say that sharp knives are better than any bottle of wine anyone has ever given them. With any kind of social life whatsoever, this pricey system quickly pays for itself. Drink the good wine yourself.

I need new bird boots, and I like ones that are both leather and waterproof. I’ve had good luck with Irish Setters generally, probably because I have duck feet and they’re one of the few companies that still offer boots in different widths. They’re made with the famous Goodyear welt construction—the merits of which I once researched enough to know it is a good thing, although I’ve since forgotten the particulars. All of my Irish Setters have proved to be extremely durable, especially for the price.

Okay, $1,800 sounds like a lot for a crossbow package, but you’ve got to remember—actually, I can’t get past that price tag. I once read a review of a TenPoint where the guy said he liked them so much that he’s had five of them. Anything that costs that much and still wears out is kind of nuts. But since I’m not spending my own money here, I’m going big. Speeds up to 385 fps, 122 pounds of kinetic energy, 165-pound draw made manageable with the AcuDraw system. And it’s just 10 inches axle-to-axle when cocked.

A happy holiday season with love and peace on earth begins (or possibly ends) with self-defense. So do it up right. I keep a Spyderco Civilian, a supremely scary-looking blade intended for a single purpose—self-defense—in my car. I have never used it, hope I never have to, and would resort to using it only if my life were in danger and running was not an option. That said, it’s apparently regarded as the best self-defense folder out there, with a serrated S-curve blade that will cut through damn near anything. If somebody with a bad case of road rage ever pins my car against a guard rail and comes after me, the sight of this knife alone would make them reassess their options.

I got halfway through an hour-long YouTube video featuring a ridiculously fit dude showing six ways to use the Civilian before realizing I’d never be any good at it. So I’m counting on adrenaline and that if a few feints with this knife don’t scare my attacker, I might possibly outrun him. But it’s still a cool knife. Merry Christmas.