A reader shares his classic shotgun, and his plans to go pheasant hunting with it next year 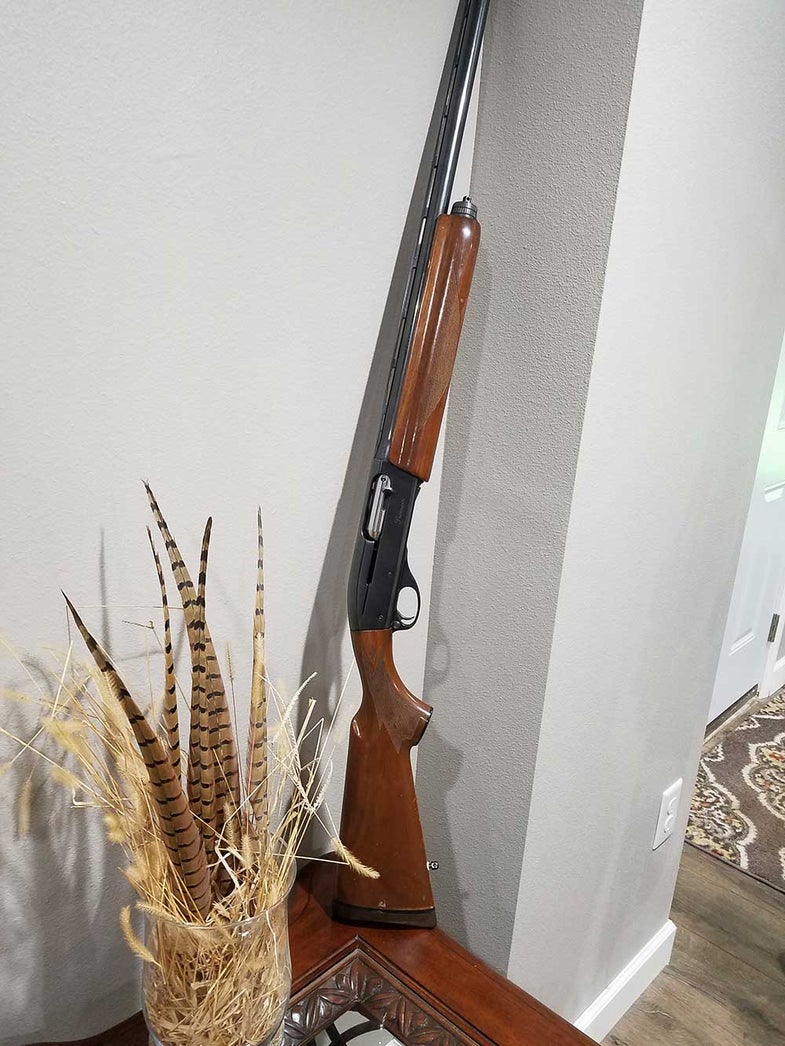 This 11-87 is the shotgun half of a pair of Remingtons guns—the other half being a Model 700—that the reader inherited from his father. From Alex
SHARE

The Remington 11-87 doesn’t attract much attention today, but when it was introduced in 1987, it was a very big deal. Before 11-87s, if you wanted to switch from light to heavy loads in a semiauto, you either had to fool with friction rings or switch to a different barrel with the right size gas ports to accommodate the ammo.

The 11-87 changed all that. It had a flat spring on the barrel ring that covered an exhaust port. Loads that generated high pressure forced the spring open, venting excess gases which would otherwise drive the bolt too fast and eventually damage the gun. It handled a wide range of loads and it had those new-fangled choke tubes, meaning you could own one semiauto gun for everything.

In all other ways, the 11-87 was essentially the same gun as the venerable 1100, with its advantages of super-soft recoil and a stock that fit almost anyone. Remington revolutionized gas guns with the 1100, then they revolutionized them again with the 11-87. While it is true that S&W’s Japanese-made Super semiauto was introduced slightly before the 11-87, it had nowhere near the impact on the shooting public that Remington’s all-load gun had.

I recently shared how I came to inherit my dad’s Remington 700 and took it on an elk hunt (didn’t get one, but had a good time hunting with my uncles and Dad’s old rifle). This is another of Dad’s old guns, a Remington 11-87 that he bought about the same time he bought the rifle. Both had blued steel, walnut wood, and silver bolts. I think he had bought them as sort of a matching rifle/shotgun pair. This particular 11-87 was mainly used in South Dakota where we lived for several years. In that time, it accounted for hundreds of pheasants, because, well, if you’re a hunter living in South Dakota you’re basically obligated to hunt pheasants. I have taken it out a couple of times myself and bagged a couple of birds with it, but hopefully next year I will be able to take it back to South Dakota and hunt there. It just so happens I have a cousin who married a farmer who has ground near where we used to live. I think I can easily find a way to invite myself up for opening day next year.