Blast from the Past: Remington 700

A reader shares the story of the rifle that he inherited from his father, and will take to the elk woods this fall 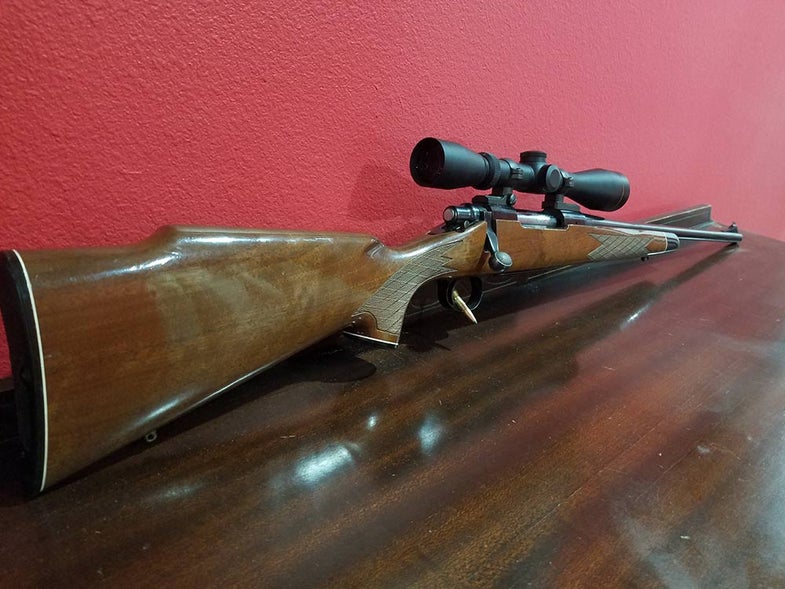 Alex's Model 700, which he inherited from his father. From Alex
SHARE

Stories of family heirlooms make the guns at Blasts from the Past special. I will leave this rifle’s new owner to tell the story of a gun passed down too soon. The rifle itself is known to everyone. Introduced in 1962, the Remington 700 was a product of the same design philosophy as the 870 and 1100: It was made to be mass-produced, with a minimum of machining and milling, yet still perform. It had stamped parts wherever possible, and a cylindrical receiver that could be turned on a lathe, not milled, to cut costs. And it has, for hunters and for law enforcement and for the military, for 56 years. Likewise, the rifle’s caliber, the venerable .270 Winchester, doesn’t need much introduction either.

I don’t know if you could really call this rifle old, but to me it is. It is a Remington 700 BDL in .270 Winchester that was bought brand new in the early or mid-1980s for $350. What astonishes me about this rifle is that it will shoot anything, from 100-grain varmint bullets to 150-grain elk loads, into the same hole. It’s also the only “hunting” rifle I have seen to shoot legitimate MOA groups at 300 yards. I wasn’t able to shoot those groups, but my dad was. This was his only rifle for about 35 years. He took this rifle on our first elk hunt together last year. It turned out to be be our last hunt together. We lost dad in a tractor accident a couple of weeks after we returned home. So this coming fall I’ll have another tag in my pocket and dad’s old rifle with me, and I’m hoping to get the bull he didn’t get last year.

Alex, thank you, and I am sure I speak for all of us when I say we’re sorry for your loss and we’re all hoping you do shoot an elk with your father’s rifle.