Blast From the Past: Short Magazine Lee-Enfield Mark III* Rifle

We’re in for a treat this week, as a reader shares his century-old rifle used in World War I 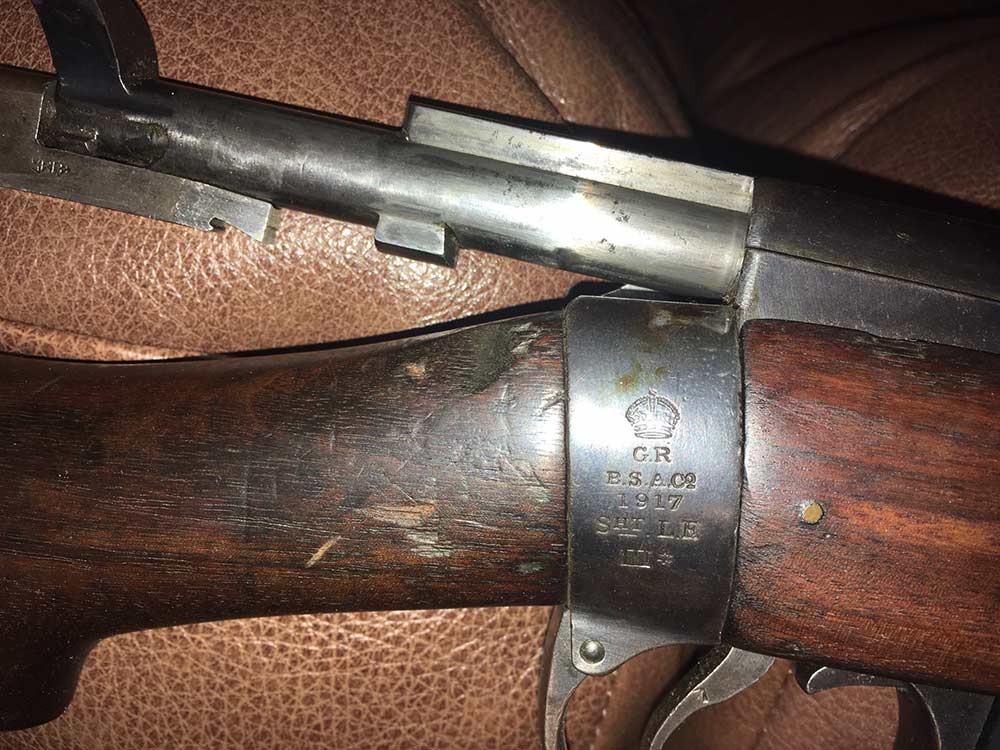 Engraving on the receiver shows that the gun was made in 1917, during King George’s reign. From Jim
SHARE

Today’s gun is one of the 20th century’s great battle rifles. We’ve had sporterized SMLEs here before, and while this one has been slightly modified, it’s only to make it a better plinking rifle for the grandkids. That seems like a good retirement job for a rifle that’s more than 100 years old and may have seen who-knows-what-horrors in the Great War.

The markings on the metal band on the receiver show the rifle was made by Birmingham Small Arms Company (BSA) in 1917 during the reign of King George. The III* shows this one to be a, well, Mark III*, production of which began in 1916. The III* was a simplified Mark III, without a magazine cut off, long-range sights, windage adjustments, and a few more changes, all intended to make the rifle easier to produce quickly in wartime. Some III guns dispensed with the brass disk in the stock, which this one seems to have.

Here are some photos of my .303 Enfield that I purchased around 1963, at Sears on Lake Street in south Minneapolis. They had it in a wood crate with Cosmoline all over it. I assumed it was shipped via sea and coated to keep it from rusting. They had Mausers and other surplus rifles for sale, too, as I recall.

I have not used the gun for hunting—only for firing ranges with my grandsons, who enjoyed its kick. As you can see I made a modification for my sling. I cut off the upper section of the stock. It is a heavy mother.