Blast From the Past: Stevens Favorite

Have you ever heard of a rook rifle? A reader shares a story of this once popular, single-shot from the late 1800s 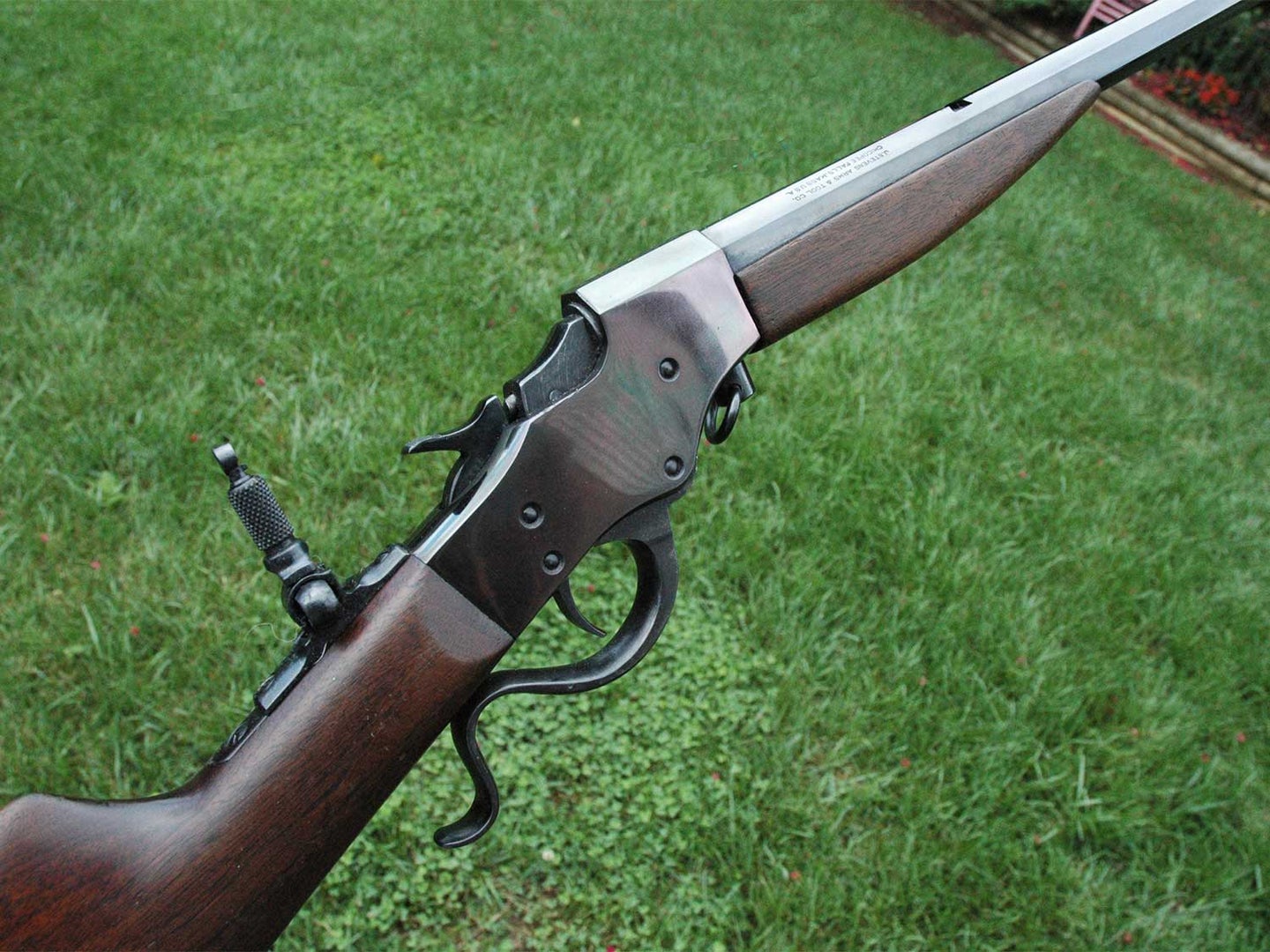 “Rook rifles”–sometimes known as “rook and rabbit rifles”– were small-caliber, single-shot rifles popular in England for shooting small game and rooks (close relatives of our crows) both for pest control and food. Apparently, young rooks are tasty. Who knew?

Often very well-made, rook rifles were break-action, falling- or rolling-block rifles. Among the most popular were rifles built on miniature Martini actions, based on the Martini-Henry single-shot service rifle of the 1870s-80s. Rook rifles were chambered for a variety of small-game cartridges from .22 LR to .220 Rook, .297/.230 Rook, and others on up to .360, which was able to take roe deer as well as small game.

In the United States, Stevens began making the “Favorite” in 1889 (two years after they developed the .22 Long Rifle cartridge), and it was sold both here and in England where it fit right into the rook rifle market. The Favorite was made in various versions from 1889 to 1930, in .22, .25 and .32 rimfire, and it was very successful, with about a million made. Some of the models made for export were chambered for traditional British rook cartridges.

Here is my Stevens Favorite Model 1894 “rook rifle.” It was in decent, shootable shape when I bought it, but I wanted something special. I had it refinished, added an original Stevens folding tang sight to match the factory’s “Beach’s Patent” folding front sight, and fitted up a case for it.

This little rifle is chambered for the now discontinued .32 Rimfire. It’s a great pity that this cartridge is no longer manufactured because it’s an outstanding small game round, and there are many high-grade rifles like mine languishing for want of ammunition. Some people have converted these little rifles to shoot .32 S&W Long; a very foolish thing to do, because the Favorite is a weak action and hot handloads will stress it beyond its limits. However, a company in France makes reloadable .32 Rimfire cases. I bought one of their kits and was also able to track down a few boxes of factory ammunition, loaded by CBC in the 1970s. Although Stevens made and sold the Favorite mostly in The U.S., they also did export trade in the U.K. through one Joseph Leeson, a well-known gunsmith and dealer. Leeson imported the Favorite in classic rook rifle calibers.

Read Next: Blast from the Past: Connecticut Arms Hammond Bulldog Pistol