Blast from the Past: Stevens Model 94 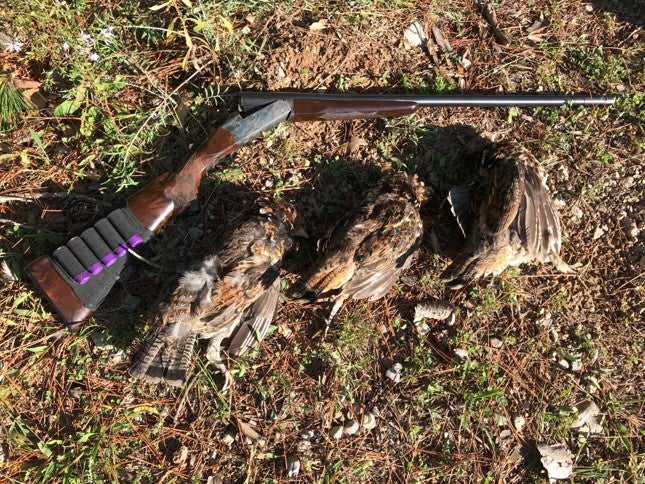 This vintage Stevens single shot still does a number on the grouse each fall. From Bob
SHARE

Humble guns can have great stories, and this Stevens single shot surely does. The Stevens Model 94 was made in various letter designations from 1937 to 1984. Any of them made before 1968, as I understand it, had no serial numbers, making them pretty much impossible to date.

Some, like this one, had Tenite stocks. Much as I dislike plastic stocks, I have a soft spot for Tenite, which is a wood cellulose plastic invented in the ’20s and very much a technopolymer of its time. It was used for eyeglass frames, radios, telephones and other items, and it’s still in use today. It pains me when people take perfectly good Tenite stocks off old guns and replace them with wood in a misguided attempt to add some class. There is nothing like the grain of fine AAA Tenite on an inexpensive shotgun. Plain, hardwood stocks certainly can’t compare. Stevens began using Tenite in 1940, and some model 94s were stocked with Tenite after 1948.

In 1963, when I was 15 years old and growing up in Lansing, Mich., my Uncle Jerry had me do a few odd jobs for him, and as payment he presented me with a Stevens Model 94 16-gauge single-barrel shotgun with a Tenite synthetic stock. It was my only shotgun for many years, but eventually I sold it as I began a career as a Michigan conservation officer and moved to northern Michigan.

I always felt bad about selling that gun, especially after Uncle Jerry passed away. While spending time with family in Lansing during Christmas in 2015, I stopped at Classic Arms. As I was browsing the used gun rack, my eyes came to rest on that old shotgun, looking forlorn and unwanted. I knew it was the same gun because I remembered some of the marks on the stock.

Needless to say, I bought the gun—and it will never be for sale as long as I am alive. I had a gunsmith replace some springs and open the choke. I take the old gal grouse hunting each fall and always seem to have good luck when I am carrying it. It feels like Uncle Jerry is tagging along, and brings back many memories of a better world that I lived in so long ago. Maybe he was tugging at my shirtsleeves and leading me into the store that day, to give me that gun for the second time now that I am old enough to appreciate it.

Congratulations to Bob for finding his long-lost gun. I know there are plenty of you reading this (and me, too) who would love to see guns we have foolishly sold pop up in a used gun rack. Keep the old gun pictures coming to fsgunnuts@gmail.com.