Blast From the Past: Winchester Model 1905

A reader shares a family heirloom rifle chambered in .35SL 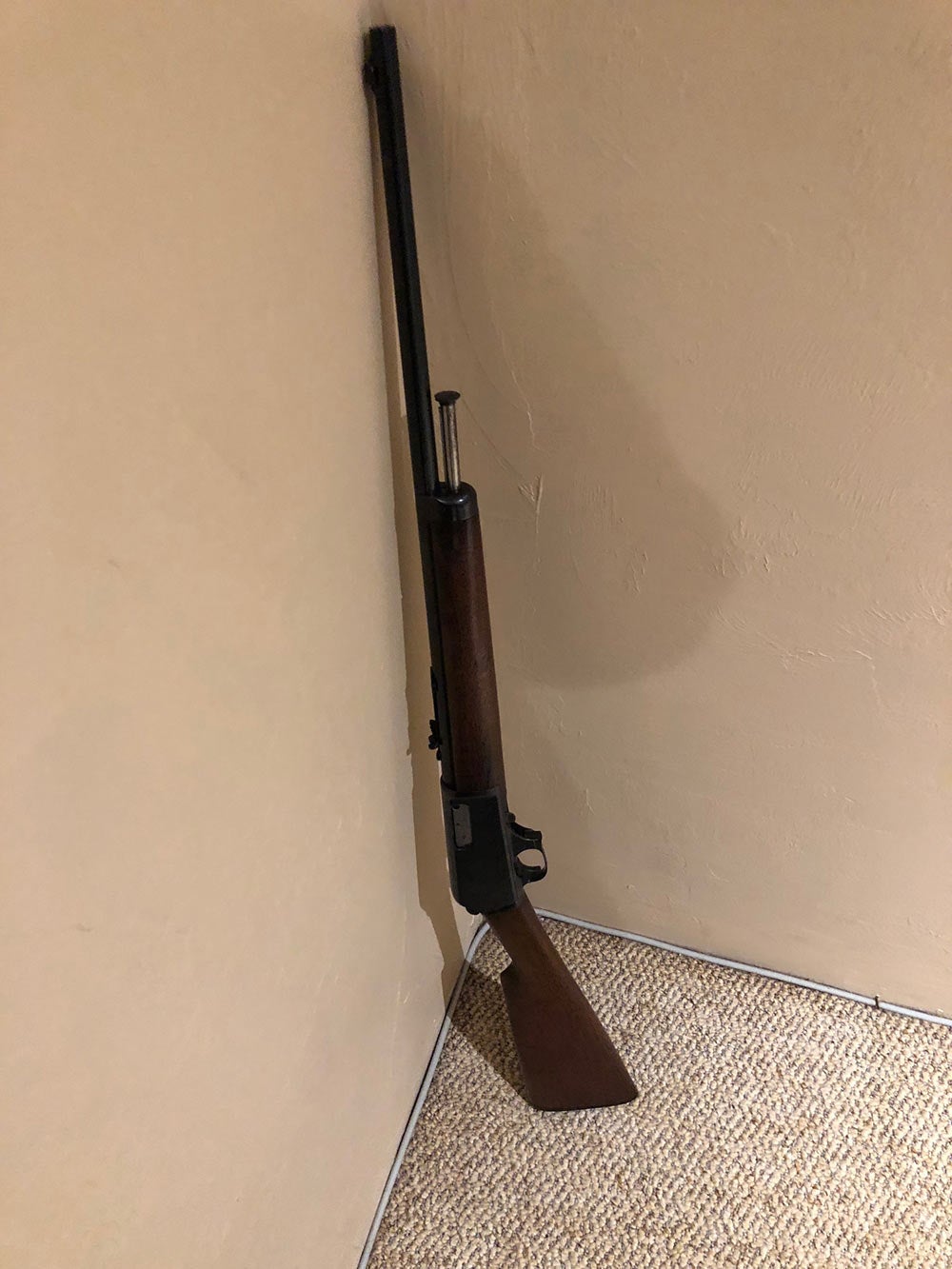 This Model 1905 has been in the reader’s family for decades, and back in the day would reliably fill the larder when food was scarce. From Nick
SHARE

It’s a good guess that almost any firearms invention of the early 20th century should be attributed to John Browning. If not, your second guess would be Thomas Crossley Johnson, inventor of the Model 12, who was also a prolific gun designer.

Today we’ve got one of T.C. Johnson’s lesser-known guns, the Model 1905 Winchester. The 1905 was a blow-back semiauto design, which by necessity had to be chambered for a fairly low-power cartridge. Winchester invented a couple of cartridges for the 1905: the .32SL (self-loading) and the .35SL. The 1905 held five or 10 rounds in a box magazine.

And, while the public voted with its wallet for the heavier .351SL, in the right hands the .35SL could fill the larder, as evidenced by today’s rifle.

I have a model 1905 .35-caliber self-loading rifle. The rifle was originally owned by a cousin of my grandmother’s and it has taken countless deer. Those people were a hardy bunch. My grandmother’s cousin had an old run-down farm that his mother had built up over the years. Food was scarce, so when they needed meat Oliver took the rifle and filled the larder with deer. My grandpa had the gun refurbished when he owned it. It still has the original stocks and from what I can gather these were only made for a few years and the cartridge is a pistol load. Mine appears to be made around 1912.

Blasts From the Past
Guns
Hunting
Rifles
Shooting