Blast from the Past: Winchester Model 36 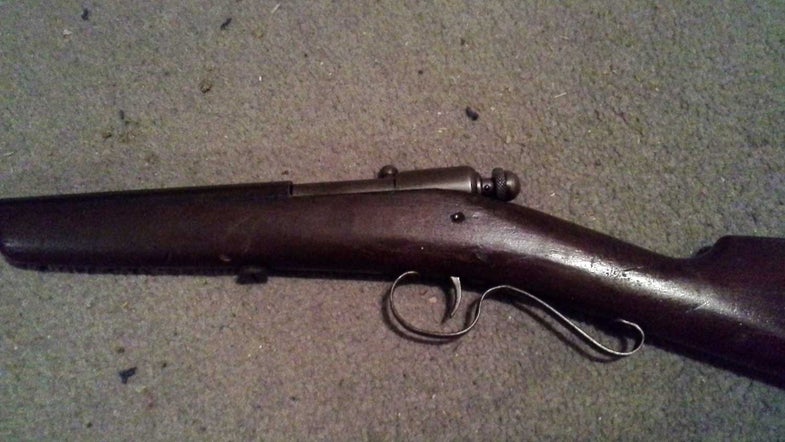 This rare Model 36 was also known as a "garden gun" since it was used to put down birds, rodents, and pests. From Franchi20
SHARE

Today we have a gun for true small-bore fans. It’s a 9mm, or .36 caliber. Thirty-six caliber works out to about 110 gauge, incidentally, based on the number of .36 caliber round balls that make up a pound. A .410, by comparison, would be a 67 gauge. I first became aware of 9mm shotguns when I worked at the Museum of Natural History at the university here. There were three collecting guns in the safe. The big gun was a Winchester Model 42. The other two were Model 36s, like today’s gun.

Whenever our director, who had a license allowing him to shoot anything, any time, came back from a collecting trip and I asked him how it went, his stock answer was, “I ruffled some feathers.” Of course, the point of a 9mm collecting gun is that it hardly ruffles feathers at all with its ¼ ounce, 600 fps rimfire cartridge, and doesn’t tear up taxidermy specimens.

About 15 years ago, I bought some odd shotshells, which started a search for the gun that fired them. I was surprised to find a Winchester Model 36 at a gun show several years later. The surprise was, I wasn’t looking for one because I’d been told they were hard to come by. It’s in pretty good shape considering its age.

The Model 36 was also known as a “garden gun.” They were used around the house and barns back in the day on birds, rodents, and other pests. It is basically a Model 1902 that has been modified with a smoothbore, 9mm barrel. There were three types of cartridges available: long, short, and ball. The Model 36 was introduced in 1920 and discontinued in 1927. There were about 20,000 made, although some estimates run a bit higher.

Thanks for sharing your gun. For those of you who might find one somewhere, Fiocchi still offers 9mm rimfire ammo, incidentally, which is not to be confused with 9mm shotshells for Lugers and the like. Keep the old gun pictures coming to fsgunnuts@gmail.com.