Blast From the Past: Winchester Model 88 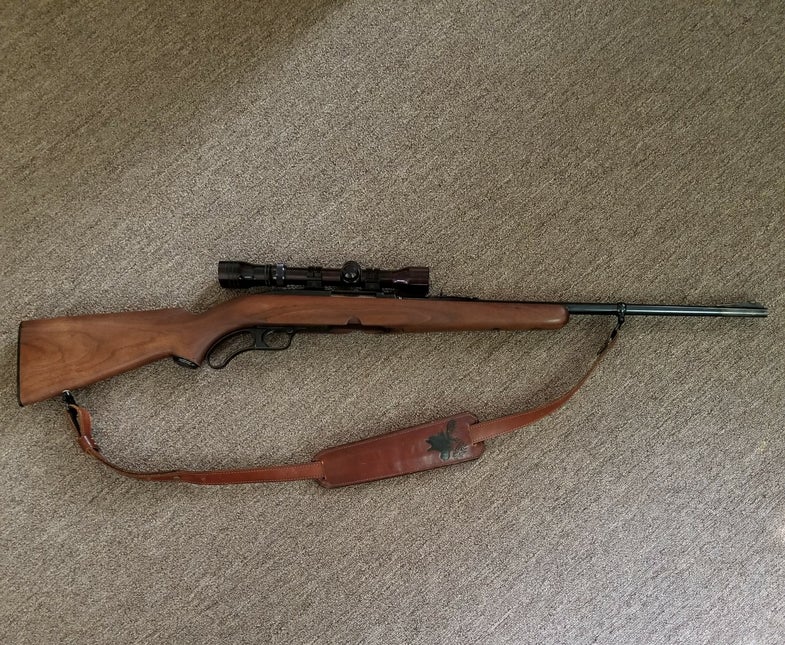 The moose on the sling on this Winchester Model 88 is a tribute to the owner's dad, who shot a bull with the rifle in 1997. From Wyatt
SHARE

Winchester, the company most closely associated with lever action rifles, introduced a new, thoroughly modern lever gun in 1955. The Model 88 had a once-piece stock like a bolt-action rifle and, in fact, a three-lug bolt inside its receiver. The box magazine-fed action was strong enough to chamber the .308—the initial offering in the 88—and other .308-length cartridges, such as the .243, .284, and .358 Winchester. The trigger group traveled with the short-throw lever to prevent finger-pinching, and ejected shells flew out an angle to facilitate scope use.

Although the Model 88 is no longer made, some of its features live on in Browning’s BLR, another lever gun chambered for high intensity cartridges, with a box magazine and a trigger-group that travels with the lever.

This is my old Winchester Model 88 in .308. This rifle was made in 1956. My grandfather had a Model 88 carbine, and I always wanted one. This one belonged to my father. I made a deal with him as a young guy that if I bought a plow for the ATV, he would give me the rifle.

Dad killed his New Hampshire moose back in 1997 with this rifle, and I shot my first deer with it. Hopefully my 2-year-old son will do the same. I refinished the stock years ago and, being young, I didn’t care to re-checker it, so it remains plain. I found an old 2-7 Redfield to put on it and complete the process of bringing dad’s rifle back to its glory days (I hate new scopes on old rifles). The sling sports a bull moose in memory of dad’s dream hunt from long ago. It might not be fancy—the trigger pull is godawful—but it’s my go-to for the final days of deer season.

Thanks, Wyatt, for sending the picture. The rest of you, keep sending your old-gun pictures to fsgunnuts@gmail.com.

Rifles
Blasts From the Past
Moose Hunting
Shooting
Winchester