Blast from the Past: Husqvarna Model 640 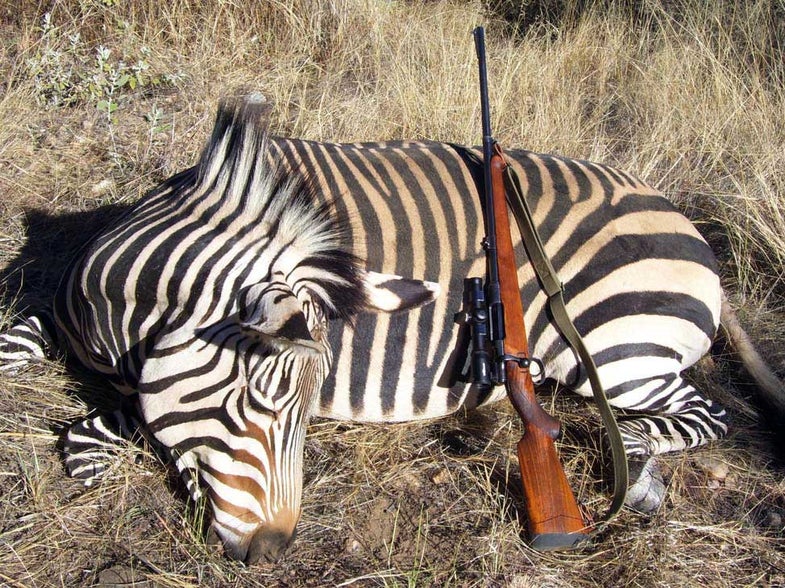 The owner had success with his Model 640 on an African safari in 2010. NRVO
SHARE

The Model 1896 Mauser—the “Swedish Mauser”—was designed to meet the needs of Sweden’s military for a modern infantry rifle to replace the single-shot Remington 1867 rolling block they had been issuing for 20 years. They were produced by Husquavarna and Carl Gustafs in Sweden, as well as by the Mauser factory in Obendorf, Gemany. All Swedish Mausers, no matter where they were built, were made of Swedish steel, which was very highly thought of. The military versions were chambered for the 6.5 Swede, but, as is the case with this week’s rifle, there were sporting versions in other chamberings.

Here is my Husqvarna Model 640 sporter, chambered for the 8x57JS Mauser cartridge, one of the first—and greatest—smokeless powder rifle rounds ever developed. It is a purpose-built sporter made in 1944. It’s one of the very last true dedicated sporters on the Mauser 1896 action. Husqvarna discontinued sporter production in 1944, and when they resumed sporting-rifle production in 1948 they built them on purchased FN-made M98 actions.

This rifle isn’t an ex-military weapon; though it does have a stripper clip slot in the receiver bridge, it lacks the “thumb cut” in the left receiver rail typical of military rifles. The barrel is not stepped, and the rear sight is a single fixed open leaf. The stock is a Schnabel-tipped piece of European beechwood with modest checkering but no other ornamentation beyond a plastic grip cap. It’s a plain-vanilla working rifle intended for the domestic market. (The European export market was pretty dismal in 1944!) My only changes were the additions of a recoil pad and a Burris Timberline 4×20 scope in a detachable mount.

While the M98 was far more popular and successful for sporting use, it’s a little too porky for a light hunting rifle. The M96, on the other hand, is sleek and graceful, trimmer and better balanced, and makes up into a wonderful lightweight sporter. Commercially made examples of sporting 1896s aren’t often seen, more’s the pity. The M96 is less popular with Americans because of its cock-on-closing bolt, but this design allows a simpler, lighter, and slimmer bolt design.

This little rifle has done me proud in the years I’ve owned it. I took it to Namibia in 2010, where I shot a huge Livingstone eland, a big zebra, a springbok, an impala, two warthogs, a baboon, and a few black-backed jackals. In the U.S. it has taken several whitetails and a feral hog. I now use it as a “culling” rifle for deer taken on kill permits.

That the 8x57JS Mauser round has faded away for sporting use in the U.S.A. is unfortunate, because it’s as effective and efficient a medium-bore hunting caliber as could be found. American ammunition companies deliberately under-load it to the level of the .30/40 Krag. Norma loads it to its full potential: 196 grain bullets with a muzzle velocity of 2526 FPS and 2776 F-P of energy. That is comparable to the .308 and .30/06.

Thanks for sharing your rifle, NRVO. The rest of you, keep the old gun pictures coming to fsgunnuts@gmail.com.