A Good Way to Get Yourself Planted

If you want to see one of the stupider human tricks in recent days, let me direct your attention to... 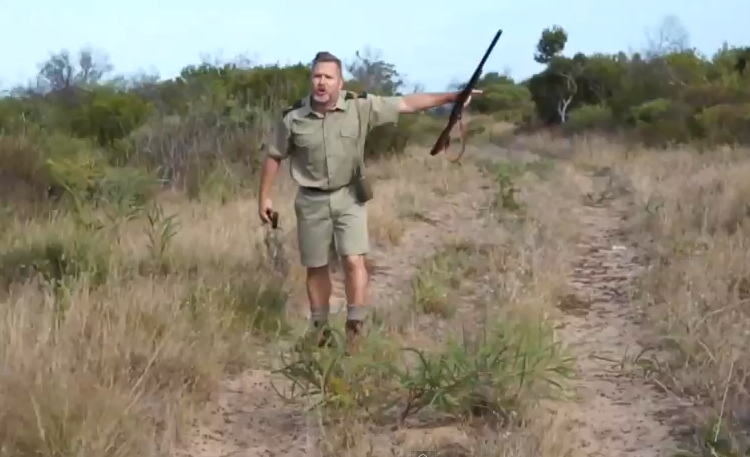 If you want to see one of the stupider human tricks in recent days, let me direct your attention to the two-minute YouTube clip of a clueless tourist somewhere in South Africa. The man simply disregards his guide’s instructions. Meanwhile, from the bush just a few yards away, you can hear the growl of an unseen but dangerous-sounding animal that is not far away. At all.

The guy repeatedly ignores the words of his guide. The guide repeatedly attempts to get the fool to stop advancing. And each time, the guy sort of bats him away like a troublesome bug. He just really wants to get pictures and obviously doesn’t believe he’s in any danger at all. There’s a little more to it than that, but the situation sure looks like a good way to get yourself planted.

I remember going to Kenya years ago. I wasn’t hunting but got to see some wild animals close up in the Maasai Mara National Reserve. My girlfriend and I had rented a little Suzuki jeep. And there was nobody monitoring us. You could drive right up to a group of lions snoozing in the noonday sun, and they wouldn’t even acknowledge your presence. I remember having my girlfriend edge the car ever closer as I watched from the open sunroof, my head and shoulders well outside the vehicle. At a certain moment one of the lions rolled over a little bit. Not much, maybe a quarter-turn. But as it did so, my lizard brain finally kicked in. Because I knew that the animal, which had barely moved, had nonetheless activated its body. Further, I knew without the slightest doubt that if this lion had wanted me, it would already have my head in its jaws. That it could cover the distance from its prone position to my head—8 feet above the ground and about 15 feet away—faster than I could drop back into the car.

I was not quite as stupid as that tourist. I was lucky and learned from it. This guy was lucky and apparently didn’t know it. For all I know, he still doesn’t know it.
Sometimes, we humans aren’t nearly as smart as we pretend to be.