All I Want for Christmas

I believe that the greatest things in life aren’t things. You can’t put love in a box. You can’t buy... 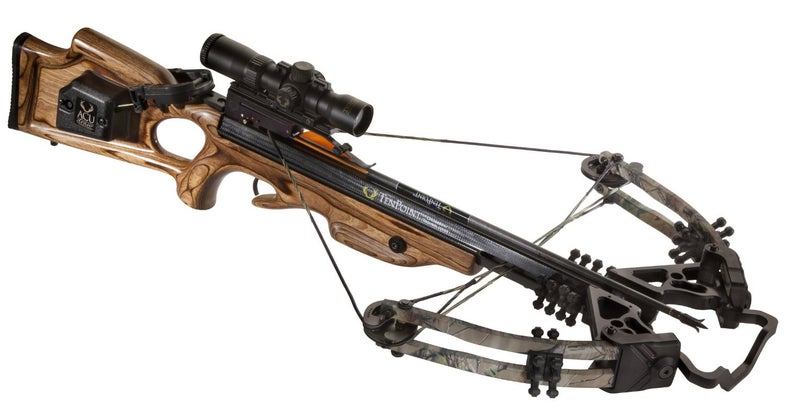 I believe that the greatest things in life aren’t things. You can’t put love in a box. You can’t buy time spent with your kids or your significant other. You can’t stock up on laughter so you don’t run out when the power goes down.

But let me hasten to stress that while I believe this, it doesn’t occupy my every waking minute. In fact, as I look back on the year that is about to end, what strikes me is how much stuff I wanted that I didn’t get. Mostly because I was too busy thinking about others. Like the people who hold my mortgage.

Here are a couple of the many things I totally deserved but didn’t get in 2015:

• TenPoint Carbon Xtra Deluxe Crossbow (shown above). At $2,699, the Xtra Deluxe is not cheap. In fact, it’s the most expensive crossbow out there—as of 8 this morning, at least. But every reviewer I’ve read admits it’s the nicest bow he’s ever shot. It develops 345 fps on a 13-inch power stroke and a draw weight of 185 pounds. Even at 50 yards, your arrow is still traveling at 326 fps. In the right hands—by which I mean somebody else’s—it’s dead-on accurate to 80 yards. And the package includes everything: a superb scope, bolts and broadheads, hard and soft cases, an aluminum monopod, a noise dampening kit, all the waxes and lubricants you need, and a free trip to Disney World.

• A new Kimber Mountain Ascent rifle topped with a Leupold VX-6 CDS. The combo will run you $4,000 or so list (about $2,000 each), though it’s probably somewhat cheaper in the real world, which is a place I’ve been warned to avoid. Kimber bills the Mountain Ascent as the “lightest production bolt action big game rifle available today.” I was loaned one by Ryan Busse, Kimber’s VP of sales—who, as I kept trying to explain to him, is almost surely a distant cousin of mine. This was on an elk hunt in Montana. When not actively hunting, I often sat and stared at the workmanship, which was extraordinary. Michelangelo once said, or is thought to have said, that sculpting a statue was just a matter of getting rid of everything in the hunk of marble that wasn’t the statue. This is pretty much the approach Kimber took. They fluted and/or spiraled out everything possible, down to the bolt body and handle. The bolt handle is almost hollow but still rock solid. I have no idea how they did this. In some calibers, the rifle weighs less than 5 pounds. When you’re walking all day, that makes a difference. And I now understand why a $2,000 scope is worth the money (if you have it). I could see the muzzle hairs on an elk at 150 yards. I just couldn’t shoot any of them because they were all cows. I would have tried to take it home, but everybody was watching me pack too closely. Maybe they could read my mind.

The problem with carrying really nice gear is that you start to think you deserve it. This is a very seductive phenomenon. It sneaks up on you. Because the truth is that you don’t deserve it. You’re lucky to have the gear you already have. Some people wish they had stuff as nice as the stuff you think isn’t good enough.

So, this Christmas, my advice is to do as I say rather than I do. Try to be a better person. Focus on what you do have rather than what you don’t. It’s supposed to be a good cure for self-pity. I may give it a shot myself.

P.S. Santa, if that crossbow doesn’t fit down the chimney, it’s totally fine to leave it by the front door. Hope you like the cookies.